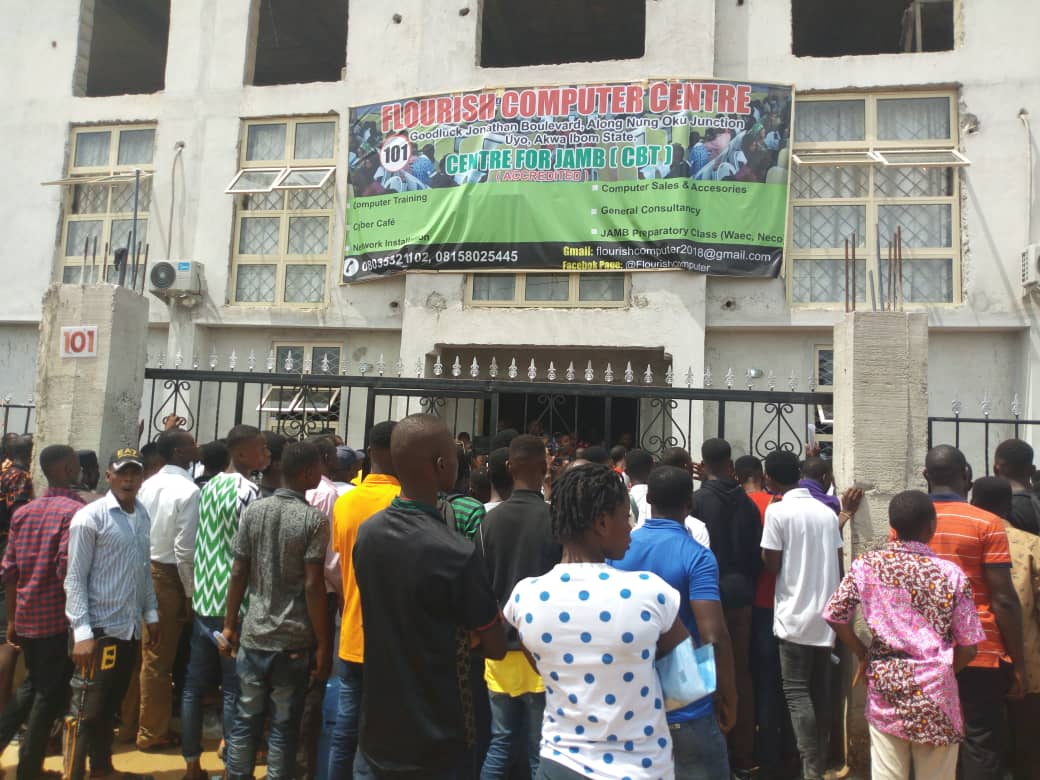 Parents of the Unified Tertiary Matriculations Examination (UTME) candidates In Uyo, Akwa-Ibom State have lamented over the alleged inadequate preparation for the Computer-based test organized by the Joint Admission Matriculation Board (JAMB)

Hon. Victor Etienam, father to one of the candidates said the management of the centre have not been able to conduct the exams, adding that they don’t know the fate of the children.

He called on the government to address the modus operandi of JAMB and the conduct of the exams, and advised JAMB to return to the paper-based test.

“I brought my son here as he was to write exams by 9am, but I discovered that the first batch that went in for the exams by 7am were frustrated and came out crying, saying that the system collapsed.

Speaking further, he said “They said they were not allowed to leave the hall but asked to wait as they were working on the system. When the third batch was called in, we started protesting, asking why they had to called in three batches yet the system was not working.”

“They forced the children to thumb print in and out, meaning that you have entered for the exams and you have written the exams. That is fraudulent. Even the Vice Chancellor of University of Uyo came and asked that the candidates wait as they were working on the system.”

“After the third batch came out with the same report, the management of the center called in SARS to secure the facility. They said they are interested with their partnership with JAMB and don’t want the center to be blackmailed.

“We are here again today and the problem persists. We appeal to JAMB to reschedule exams for this centre or we will take a legal action against JAMB because we have business with JAMB and not with the management of this centre. I advise the Federal Government not to advertise what they cannot accomplish. They should go back to the paper system,” he stated.