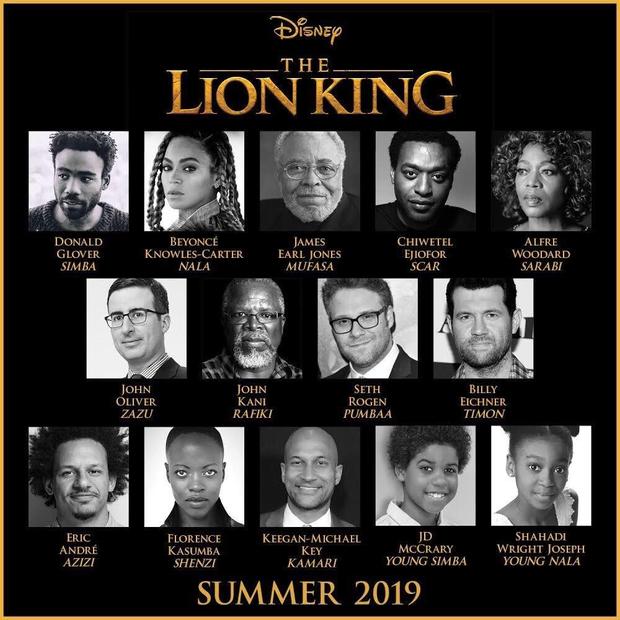 Walt Disney has released the first full-length trailer for the upcoming live-action “Lion King” movie, which is expected to smash box office records with an all-star cast.

Some of the all-star cast includes Donald Glover as Simba, Beyoncé Knowles-Carter as Nala, James Earl Jones as Mufasa, Chiwetel Ejiofor as Scar, Seth Rogen as Pumbaa and Billy Eichner as Timon.

“The Lion King” journeys to the African savanna where a future king is born. Simba idolizes his father, King Mufasa, and takes to heart his own royal destiny. But not everyone in the kingdom celebrates the new cub’s arrival.

Scar, Mufasa’s brother—and former heir to the throne—has plans of his own. The battle for Pride Rock is ravaged with betrayal, tragedy and drama, ultimately resulting in Simba’s exile. With help from a curious pair of newfound friends, Simba will have to figure out how to grow up and take back what is rightfully his.

The film is the latest in a line of live-action remakes from Disney, which has released adaptations of a number of its classic animated films in recent years, including The Jungle Book, Beauty and the Beast, and, most recently, Dumbo.

In May, the studio will release a live-action version of Aladdin, and it plans to release a remake of Mulan in 2020.

Disney is also using its upcoming streaming service to release such film with a live-action version of Lady and the Tramp.