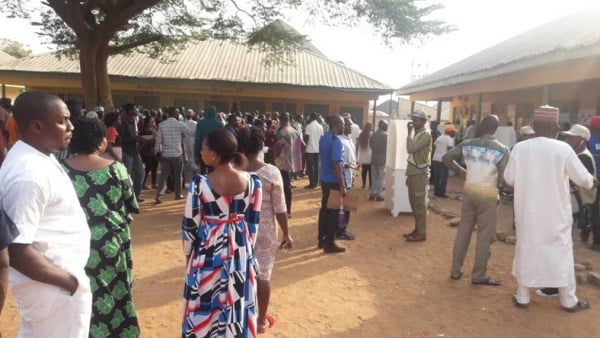 Some Electorate  earlier today chased politicians from disrupting the process at Kagadama polling unit in Dass Local Government Area of the state during the supplementary election conducted by the  the Independent National Electoral Commission (INEC).

Naija News Understood that they resisted any attempt by the politicians to come near the polling unit as soon as they sight them.

The voters also insisted that they would remain on the queue despite the fracas, adding that they were determined to vote for the candidates of their choice.