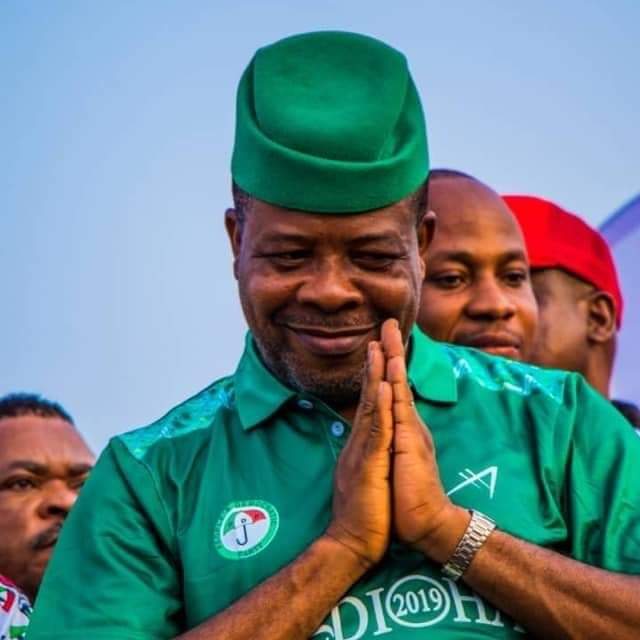 The Independent National Electoral Commission (INEC), has declared Emeka Ihedioha of the Peoples Democratic Party (PDP), Nigeria’s main opposition party, as the winner of the governorship election in Imo State.

Announcing the results of the election at about 12 midnight on Monday, the state’s returning officer and Vice-Chancellor of the Federal University of Agriculture, Umundike, Abia State, Francis Atunta, said Ihedioha polled 273,404 ahead of his closest rival and candidate of the Action Alliance, Uche Nwosu, who polled a total of 190,364.

Naija News understands that Nwosu is the son-in-law of Rochas Okorocha, the Governor of the state, who strongly backed his candidacy.

This online news platform reports that the former polled 114, 676 while the latter polled 96,458.

Similarly, the candidate of Accord and Governor Okorocha’s predecessor, Ikedi Ohakim, came distant fifth on the log with 6,846 votes.

Meanwhile, the state’s Returning officer gave the total registered voters across the state’s 27 local government areas as 2,221,008 and the total accredited voters as 823,743.