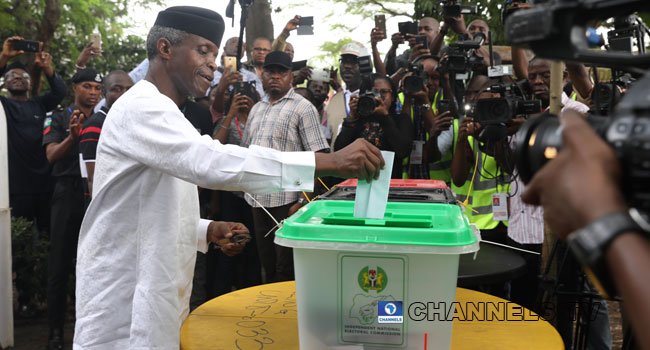 Naija News understands that the Opposition party whose Presidential candidate is Atiku Abubakar, did not only will the presidential poll but the national assembly as well.

This online news platform reports that the PDP polled 425 votes while the APC had 229 votes for the presidential election.

Similarly, in the senatorial election, the opposition party polled 414 votes while the APC had 261.

For the House of Representatives election, the PDP scored 268 while the APC had 190 votes.

Naija News reports that Osinbajo and Fela Durotoye, presidential candidate of the Alliance for New Nigeria (ANN), voted at the same polling unit.

Check out results from the ongoing Presidential and National Assembly elections: Here.