There has been an attack on the Convoy of the former governor of Kano State, Rabiu Kwankwaso in Kofa village in Bebeji Local Government Area of Kano State.

Naija News Understands that at least 10 vehicles have been burnt to ashes during the clash.

Abdullahi Haruna, police public relations officer in the state who confirmed the incident, said the police had promptly dispatched its men to bring the situation under control.

He said police are yet to ascertain the casualty figures in the clash.

A witness said the motorcade of Kwankwaso was denied passage through Kofa village by suspected thugs said to be working for Abdul All Progressives Congress (APC).

Aminu Gwarzo, the running mate to the PDP gubernatorial candidate, said loyalists of Abdulmumin Jibrin, member representing Kiru/Bebeji federal constituency, were behind the attack.He said the assailants chose soft targets in convoy, explaining that Jibrin dan Aku, a 70-year-old man, Altine Abdullahi, chairperson of Voice of Divorcees, were among the victims.

Gwarzo said there was no loss of lives, adding that the police escort attached to the convoy contained the situation.He said while Kwankwaso was safe, 10 persons, mostly women were injured, while 16 vehicles were destroyed. 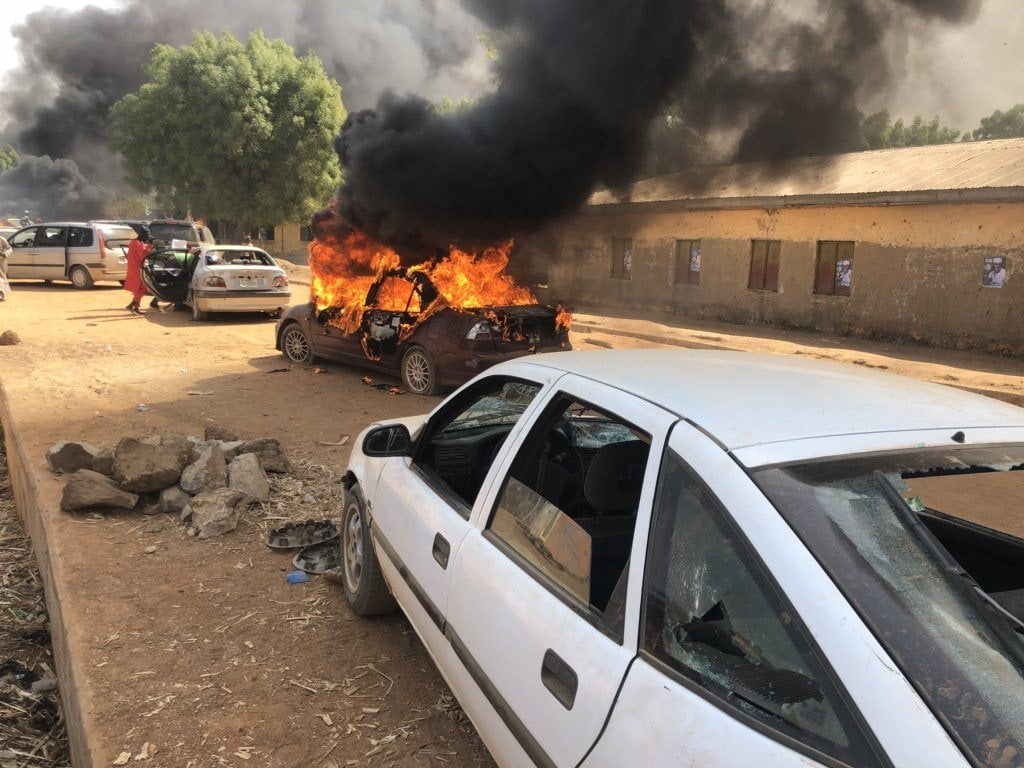 “Kwankwaso is safe, hale and hearty, and as I speak to you, he is addressing PDP supporters at Kwanar Dangora. He is expected back in the city tonight,” Gwarzo said.

Kwankwaso was heading to a rally alongside Abba Yusuf, the PDP governorship candidate in the state, when the incident happened. Mohammed Wakili, commissioner of police in the state, said he had deployed his men in the area to avoid further breakdown of law and order.

The former APC chieftain has a huge following in Kano, a stronghold of the ruling party.His Kwankwasiya movement flooded the Sani Abacha stadium in the ancient city with crowd when Atiku Abubakar, presidential candidate of the PDP, campaigned in the state