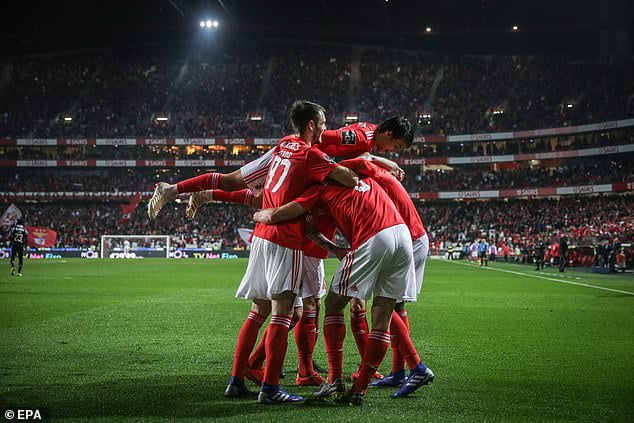 With the 10-0 win over Nacional, Benfica delivered the biggest margin of victory in the Primeira Liga for 55 years. This is also the first match in the Portuguese league to see one team scoring 10 goals since then.

Benfica were also the last team to achieve the feat, beating the now defunct Seixal 11-3 in on the penultimate day of 1964-65.

It was the first time that Benfica have reached double figures since 1964, when they also won 10-0 against Seixal, and on this occasion they opened the scoring through Alex Grimaldo in the first minute.

Benfica had 10 players garner a WhoScored rating of 8.50+

Alejandro Grimaldo scored a goal in the opening minute as an introduction of what was coming for the visitors. Haris Seferovic scored a brace in 21st and 27th to give Benfica “only” a 3-0 lead at half-time.

It was the youngster and future big football star, Joao Felix who made it 4 for the Eagles at the start of the second half. Pizzi, from the penalty-kick and Ferro, scored two in a margin of one minute to make it 6-0 after only 10 minutes play since the break.

The defender, Ruben Dias scored the seventh goal for Benfica, while the brace from Jonas and the goal from Rafa Silva made it incredible 10-0 at the end of the game.

The Lisbon side have now scored 57 goals in 21 league games this season, which makes them the top scoring team in Portugal by far. Nacional, on the other hand, already had the worst defensive record in the top flight and now have conceded 45 goals in total.