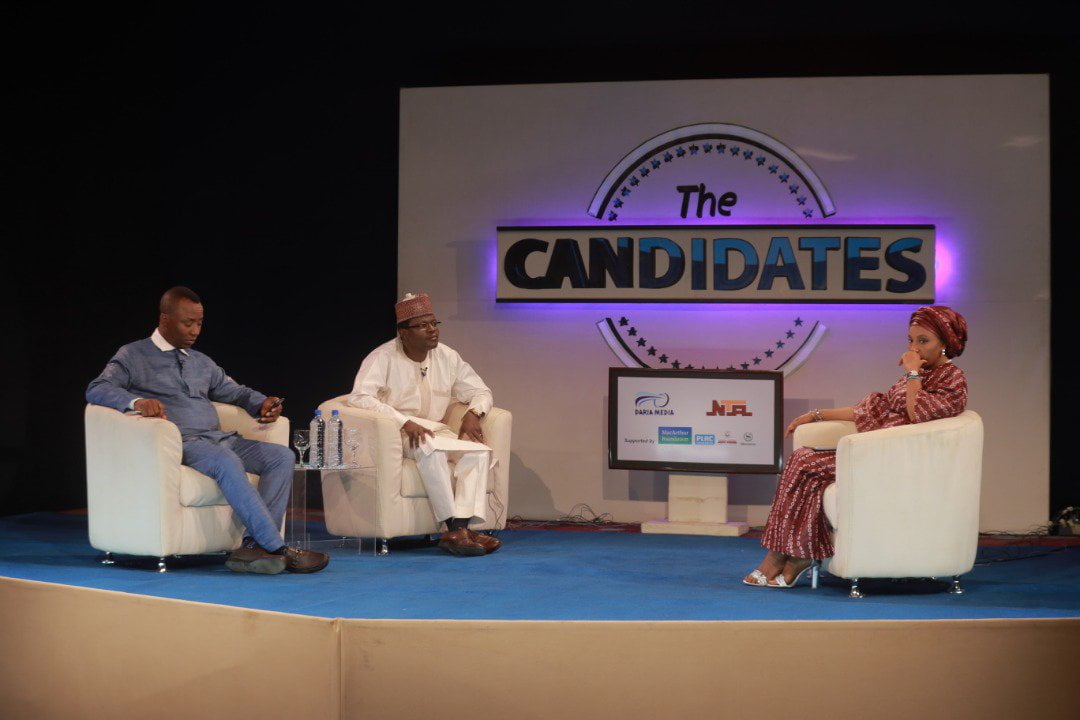 The presidential candidate of the African Action Congress (AAC), Omoyele Sowore, says he was the first person to expose the Chief Justice of Nigeria (CJN), Walter Onnoghen, as possessing accounts containing unexplainable funds.

The Candidates is broadcast live on the Nigerian Television Authority (NTA) with the support of the MacArthur Foundation.

Sowore, who made the statement while answering a question on how his administration would tackle corruption, if elected, explained that for any anti-corruption war to succeed, it must be fought indiscriminately.

His words: “There must be consequences, you know… for people to know that it is not alright to be corrupt and still get a chieftaincy title,” he said.

“Look at the judiciary. Look, Nigeria has been playing around with corruption for a long time, but you know, as an individual, I have been fighting corruption for the last 12 years with SaharaReporters.

“The Chief Justice of Nigeria who is under trial now, I was the first person on SaharaReporters to put out his account that he has money that he cannot explain. Do you know what happened when I did it? The EFCC issued a statement that I was wrong. Now, when it is politically expedient, he is undergoing trial.”

Naija News reports that the CJN is currently being tried at the Code of Conduct Tribunal (CCT) for fraudulent asset declaration, with the latest revelation about his bank account detailing a series of “dubious payments” to the tune of hundreds of thousands of dollars.