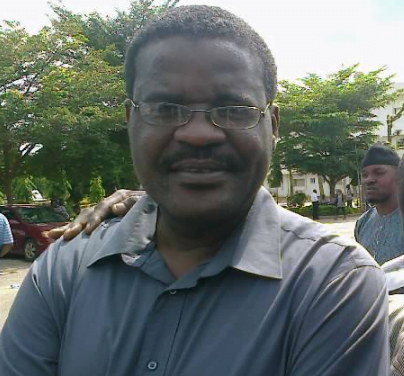 The Lead Attorney of #ENDSARS campaign, Barrister Abdul Mahmud, says the “struggle continues” in reaction to the directive by the Acting Inspector General of Police, Mohammed Adamu, to decentralise the operations of the Special Anti-Robbery Squad.

Mahmud, a human rights attorney and President of Public Interest Lawyers League made this statement in a chat with Naija News.

Reacting, Mahmud told Naija News that the decision of the IGP, though shocking, merely suggests one thing, that the police boss “plans to use this famous strike force and killing machine during the elections”.

His words: “#EndSARS campaign, a coalition of Non-Governmental Organizations, NGO, involved in the current citizens’ push for the reform of the Nigeria Police Force, NPF, more particularly the agitation for the scrapping of the Special Anti-robbery Squad, SARS,

“I don’t know if this is a piece of good news. What the new IGP has done is to move FSARS back to the States Commands and under the control of COMPOLS.

“We know what happened under the last regime of control of States Commands of SARS, particularly in states like Edo where the squad was turned into an ATM by Compol Gwandu, who later emerged as the Compol-in-charge of FSARS at the Police HQ following his ignominious removal as Edo Compol.

“This decision of the IGP, though shocking, merely suggests one thing: plans to use this famous strike force and killing machine during the elections. States Compols have the instruments they have always lobbied for.

“And for us, the #EndSARS campaigns it is still dusk yet on misery day. The struggle continues,” he added.