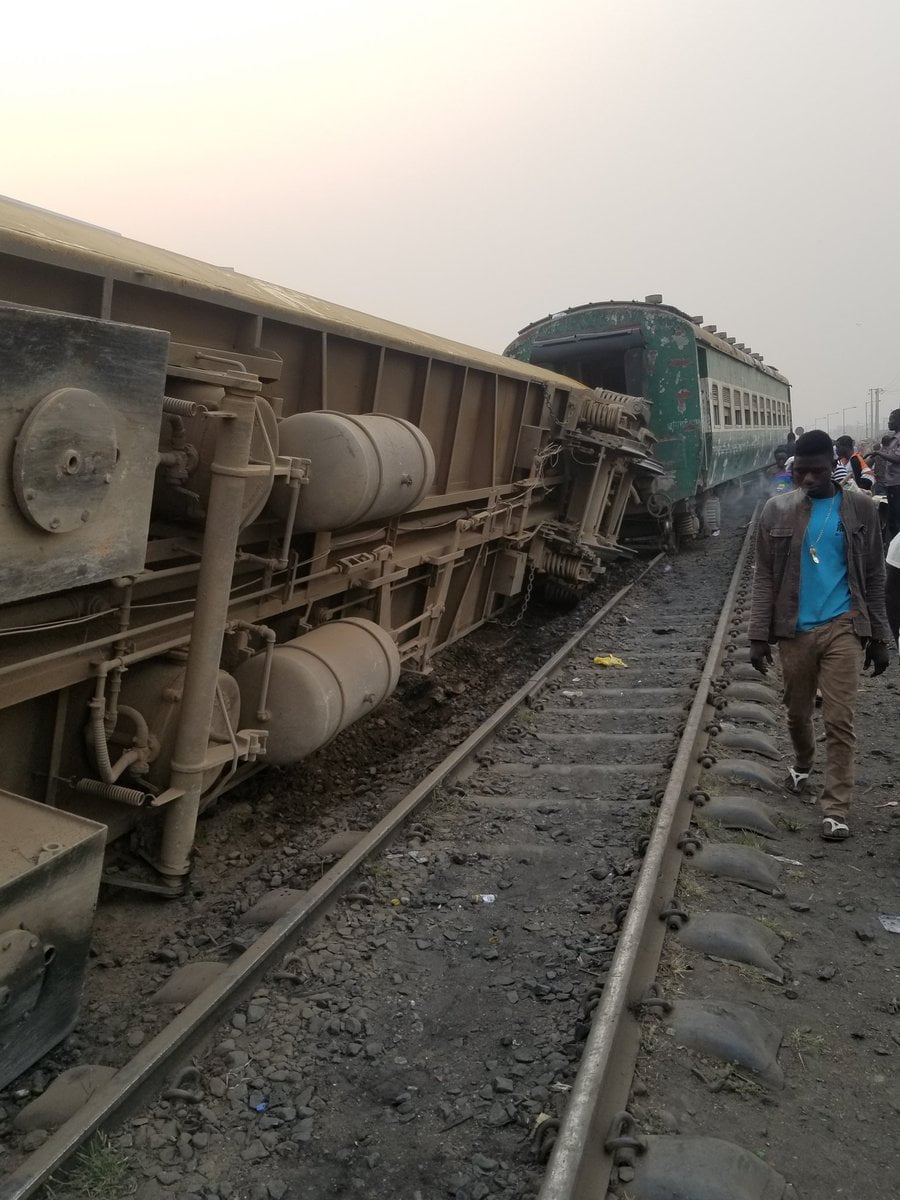 A tragic train derailment at the early hours of Thursday in at Ashade railway crossing Agege, Lagos, have caused the death of one person.

The Lagos Railway District Manager (RDM), Mr.  Jerry Ochi, while speaking to NAN on the development, said the victim died at the NRC hospital at Ebute Meta while receiving treatment.

“Efforts have been put in place to restore normalcy at the scene of the incident,” he said.

He revealed that NRC officials have been working to re-rail the train and repair the track.

“We will start our operation in two hours time, when the affected train is re-railed and the track is repaired.

“Our operations continue today because everything is under control and the vehicular traffic jam at the scene of event has been cleared,” he said.

Naija News understands that the mass transit shuttle train which derailed at the Ashade railway crossing on the Agege-Ikeja corridor on Thursday at about 7.15 a.m, was conveying about 100 persons.

Some personnel from various security agencies immediately cordoned off the area, to maintain law and order while the injured were rushed to hospitals in the neighbourhood for treatment.

“The derailment happened when the Apapa-bound train skidded off its tracks at the Ashade Railway Crossing at Agege, on the Ikeja Corridor. (NAN)