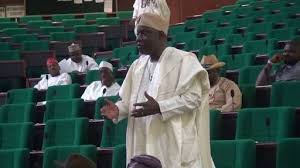 The member representing Ibeju Lekki Federal Constituency of Lagos State, in the house of representatives, Mr Abayomi Ayeola, has been reported dead.

According to information gathered by Naija News, Ayeola died on Sunday afternoon at St. Nicholas Hospital in Lagos at the age of 60 after a brief illness.

In 2011, the late Hon. Ayeola was elected as member of the House of Reps, representing Ibeju Lekki federal constituency on the platform of the now defunct Action Congress of Nigeria (ACN).

He has already won the All Progressives Congress ticket to contest for a third term as a lawmaker in the 2019 general elections before his sudden death.

Ayeola was the leader of the Lagos State caucus in the House before his death.