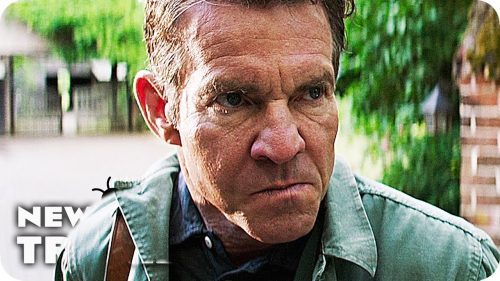 The first trailer for The Intruder has been released by Sony Pictures Entertainment.

According to THR, the psychological thriller film follows young married couple Scott and Annie Russell (Michael Ealy and Meagan Good) after they buy their dream house in Napa Valley.

When the seller, Charlie (Dennis Quaid), who is strangely attached to the house, refuses to let go of the property, the couple begins to suspect that the quick sale of their new home might be due to its secrets.

The trailer opens with Scott and Annie discussing their plans to buy a house big enough to accommodate their future children. “My great, great grandfather built this house. It’s the only house I’ve ever lived in. I put my soul into it,” Charlie tells the potential buyers.

Once the couple buys and settles into the home, Charlie returns and continues to become more and more possessive of the house throughout the trailer. “The man acts like the house still belongs to him,” notes Scott.

Deon Taylor directed the film, while David Loughery penned the script. The Intruder is set to hit theaters April 26.