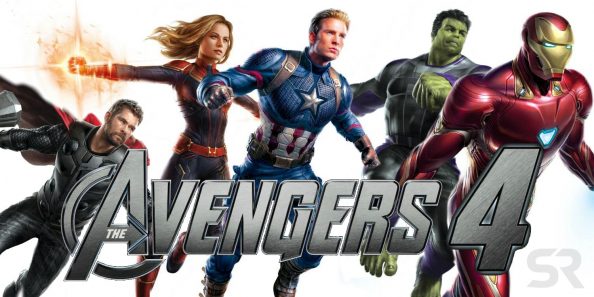 The shooting of the fourth Avengers movie has been concluded by the Russo Brothers, Joe and Anthony and have officially gotten to the post-production stage.

With much anticipation and expectancy from fans of the movie, they took to their Twitter to tease fans with a mysterious image of the movie.

The image revealed some kind of connection to something that happens in the untitled fourth Avengers film.

Report revealed that Avengers 4 will hit the theatres in April 2019, and will wrap up the story behind the dramatic events of Infinity War.

There has been no revelation on which of the character might die in the Avengers movie, but there has been speculations that Chris Evans, who played Steve Rogers/Captain America, could be that actor after he recently talked about his emotional final day on set.

Evans spoke about his experiences during the ACE Comic Con in Chicago. He said the final line he recorded for Avengers 4 was “something really stupid” that he cannot talk about.

Christopher Markus said the next Avengers film will be very different. He simply summarised it, saying: “We broke your heart. Now we’re going to blow your mind.“