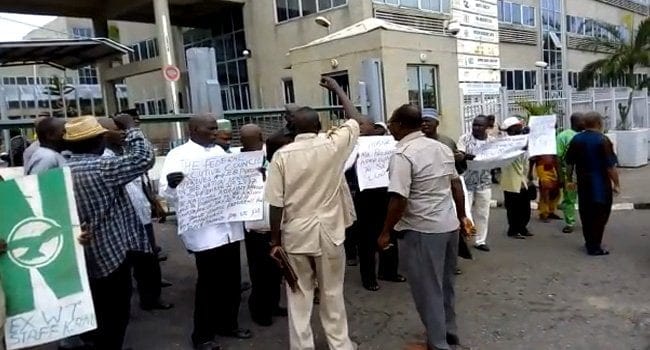 The Acting Director-General of PenCom, Mrs Aisha Dahir-Umar, gave the advice at the third Quarter of 2018 Consultative Forum in Lagos.

The forum was organised by the commission for states’ pension heads and compliance officers of Pension Fund Administrators (PFAs).

“The obective of the consultative forum was to make the participants brainstorm, exchange ideas and proffer solutions to salient issues in the administration of Pension in states,” Dahir-Umar.

According to the PenCom’s acting DG, only 15 states have commenced the implementation of key provisions of CPS.

Dahir-Umar explained that the 15 states had established their respective Pension Bureau, commissions or Boards; conduct actuarial valuation and commenced remittance of pension contributions.

“The states have also started funding the accrued rights of their employees and put in place a Group Life Insurance Policy for them,” she said.

She stressed that other states needed to embrace the scheme for effective and transparent administration of pensions as achieved in the Federal Public Service, public and private sectors of the states.

Dahir-Umar, who was represented by PenCom’s Head, States Operations Department, Mr Dan Ndackson, said three states had enacted laws on CPS while six others were in various stages of adopting the CPS.

Commending PenCom at the forum, the Lagos Head of Service, Mrs. Folasade Adesoye, said the states’ objective of providing pension benefits to retirees as and when due, had not been defeated.

She stressed that the modest achievement of the scheme in Lagos was as result of commitment of the state government towards the pension welfare of its workers and retirees.

She added that Gov. Akinwunmi Ambode had been releasing budgetary allocations promptly to meet the pension demands of the workforce as well as the states’ pensioners.

She, however, stressed there were areas in the Pension Reform Act of 2014 yet to be implemented. These areas include “transfer window, Guaranteed Minimum Pension (GMP) and Pension Protection Fund(PPF) in the PRA 2014. “Transfer window that would allow an employee to change from one PFA to another if he or she deemed it fit has remained outstanding since 2005.

She added that the issues bothered on the welfare of retirees in old age, which should guarantee comfort in retirement.

“There is the need for urgency to deliberate on the outstanding issues and stakeholders must work towards comprehensive guidelines aimed at ensuring the full implementation of the content of the law,” she said.