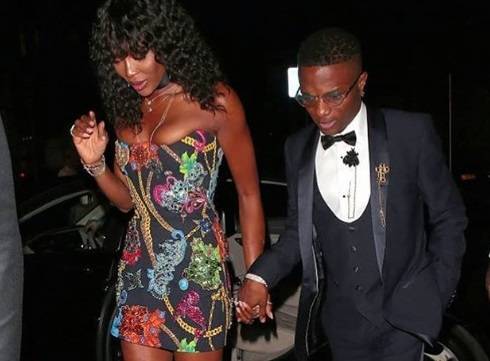 Popular Nigerian singer, Wizkid, was seen alongside English model, Naomi Campbell, at the 2018 GQ Men of the year awards.

Further report has it that Wizkid had been taken to the award which was held on Wednesday night in London by Cambell as her date.

The 48 year old model arrived at the venue of the event holding hands with Wizkid, who is 28 years old.

Naomi, who started her modeling career at the age of 15, was named the Fashion Icon of the Year, at the awards.

This is not the first time Naomi and Wizkid are making an appearance together. In May during the singer’s concert at the 02 Arena, Naomi ushered in the singer.

The following month in Paris, the pair walked the runway together for international fashion brand, Dolce and Gabbana.