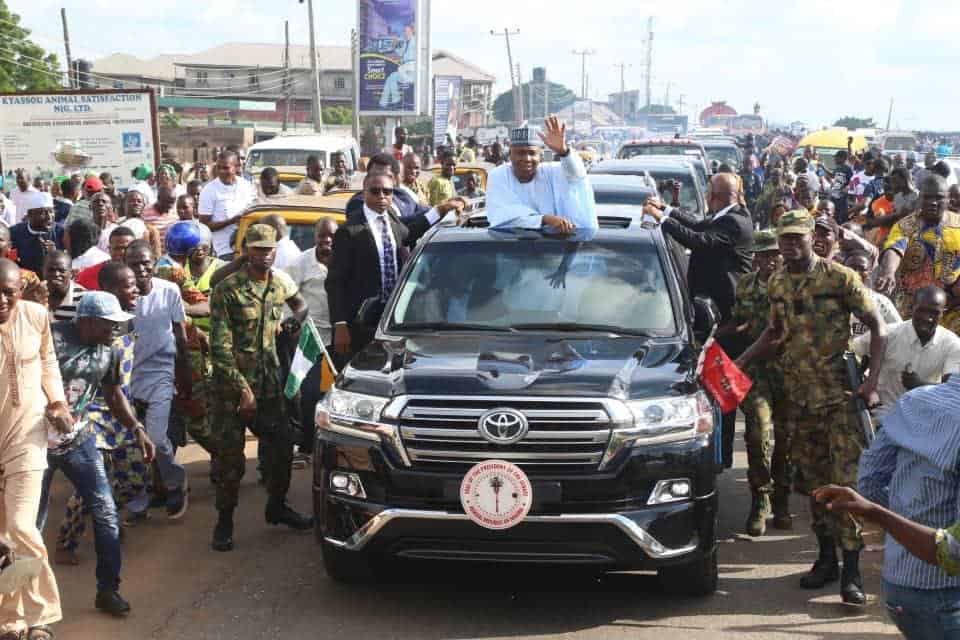 A large numbers of Peoples Democratic Party (PDP) members in Kaiama Local Government Area of Kwara on Friday, throng the streets to demonstrate their support for Senator Bukola Saraki.

The party faithfuls marched through the streets in Kaiama, the Headquarters of the local council.

The Saraki support rally is coming 24 hours after the President of the Nigerian Senate declared his intention to contest the seat of the presidency.

All political office holders from the area at both the state and local government levels participated in the rally that lasted for hours.

The Chairman of Kaiama Local Government Council, Mallam Abubakar Abdullahi-Bata, said that the rally was to demonstrate the support the people of the area for the senate leader.

According to him, the large turnout has corrected an insinuation that PDP is dead in the community.

“The people of Kaiama are for Saraki because we believe in his leadership.

“We are ready to follow him to any party he wishes to lead us to because we have benefited immensely from him,” he said.

Dr Aminat Ahmed, the state Commissioner for Culture and Tourism, who also took part in the rally, said it was organised to correct the misconception that the people of Kaiama had rejected the leadership of Saraki.

Mallam Ahmed Ibn-Mohammed, who is representing Kaiama/Kenmaji/Wajibe constituency, noted that Saraki’s belief in the youth was what endeared him into the minds of the people of the area.

“For giving a youth like me an opportunity to represent my people at the state Assembly is a manifestation of his visionary leadership and belief in the youth”, he said.