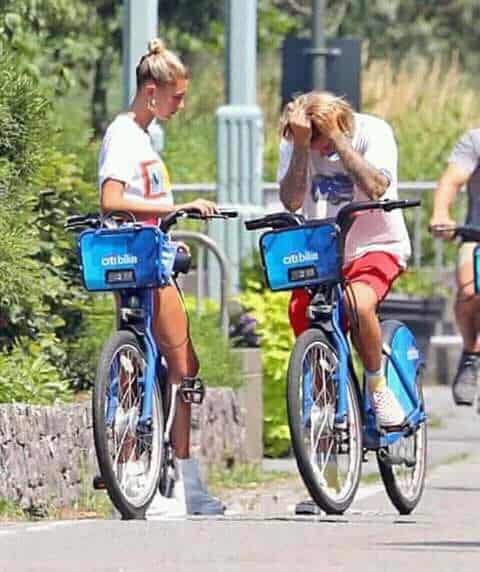 Justin Bieber and girlfriend Hailey Baldwin went on a bike ride in New York and were spotted crying over paparazzi. From the photos, Justin appears quite shaken as the bride tries to console him.

Moments later, the photographers accompanied the pigeons to a restaurant and Hailey appeared in the room. It is not yet known what caused the commotion of the two, who did not speak on the subject. But from the pictures, you can see that they were not arguing and trying to calm each other down.

On social networking sites, the singer’s fans repacked the pictures taken on Tuesday (7) and created theories about what may have shaken the couple, who has been engaged for a month.