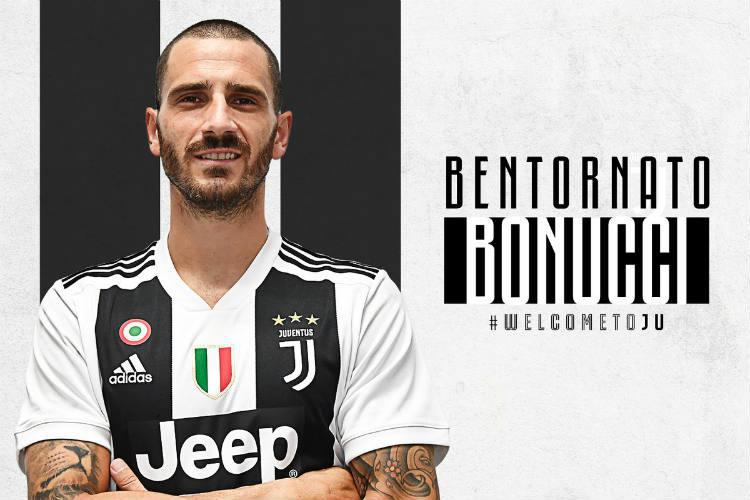 Thursday was buzzing in Italian football. After Milan officialized the signings of Higuain and Caldara, Juventus confirmed the return of defender Leonardo Bonucci, who was in the Rossonero. The transfer cost the Old Lady’s coffers about 35 million euros (approximately R $ 152 million). The contract is valid until June 2023. The amount can be paid in up to two years.

The defender worked at Juve between 2010 and 2017. During this period he won six times the Italian Championship and three times the Italian Cup. It was fundamental piece for the Italian team to reach two finals of the Champions League. On the morning of this farm, he was in Turin for medical examinations and was confirmed in the afternoon.

Juventus continue to hold friendly matches for the season. The official debut will be on 19 August, against Chievo for the first round of the Italian Championship. Possibly it will be the first game of Cristiano Ronaldo by the new team.