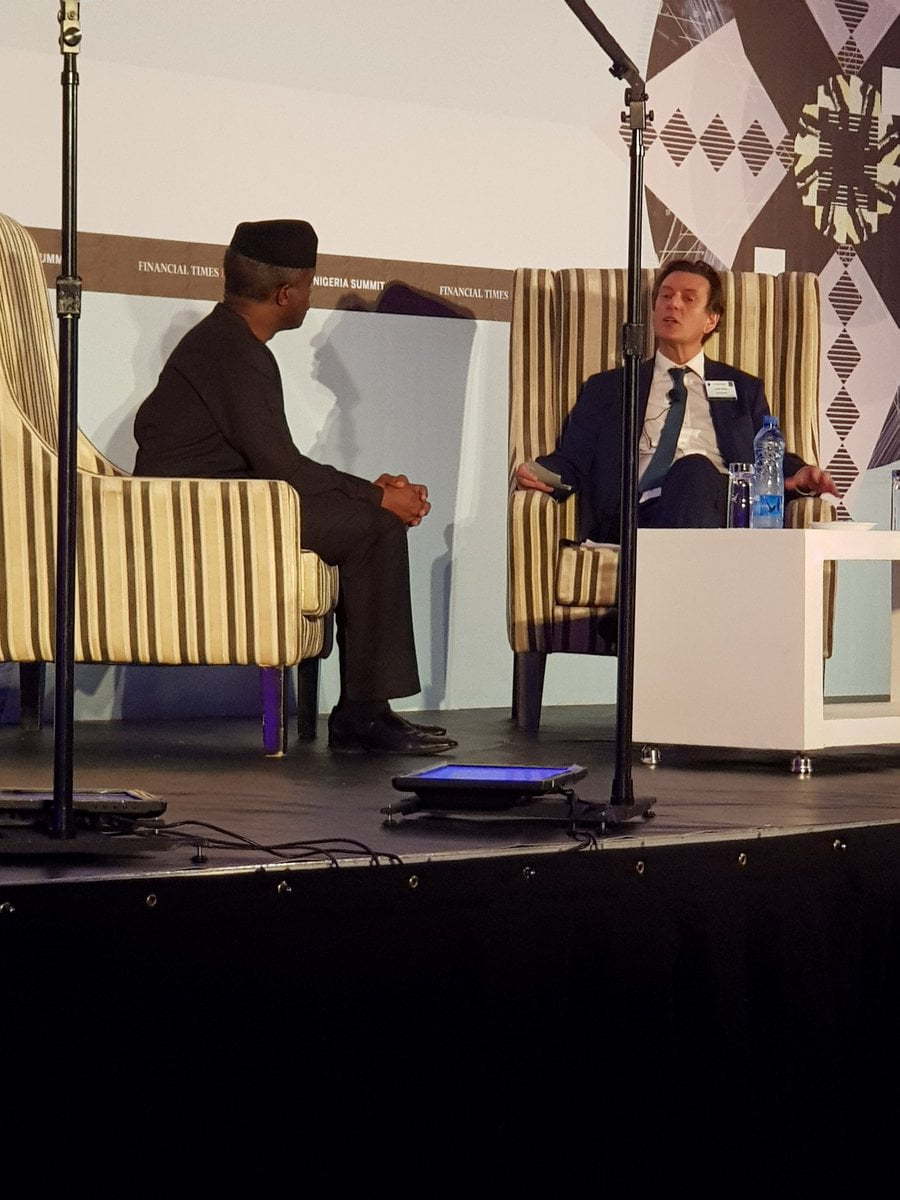 Vice President Yemi Osinbajo has said there are some countries waiting to tap into the big Nigerian market.

VP Osinbajo who stated this in a question and answer session at the Financial Times Nigeria today was explaining that Nigeria did not sign the African free continental trade agreement because the federal government did not want to hurt the country’s private sector.

44 African countries had signed the agreement, at the 2018 African Union summit a few months ago,which is the largest since the creation of the World Trade Organisation in 1995.

President Muhammad Buhari who was expected to attend the epoch ceremony stayed away from the event thereby preventing Nigeria from signing the document claiming it needed more time to study the trade agreement.

Osinbajo noted that the private sector was not comfortable with the details and letters of the agreement because it has graver implications on private investments in the country.

“With the free trade agreement, you know Nigeria is an important market. There are some states waiting to tap into that big Nigerian market.

“Nigeria has one of the most vibrant private sectors and many felt as we went into the process that sufficient consultations hadn’t been done.

“Manufacturers association in particular and several others felt that we shouldn’t go into it without further consultations and they wanted to know exactly what the specifics would be in terms of negotiations that will follow the signing of the framework.

The Vice president further noted that there is a lot of interest and investment in palm oil production hence the government can encourage the palm oil industry without direct involvement or intervention.

The Summit was titled “Dispelling Uncertainty and Building Resilience.”