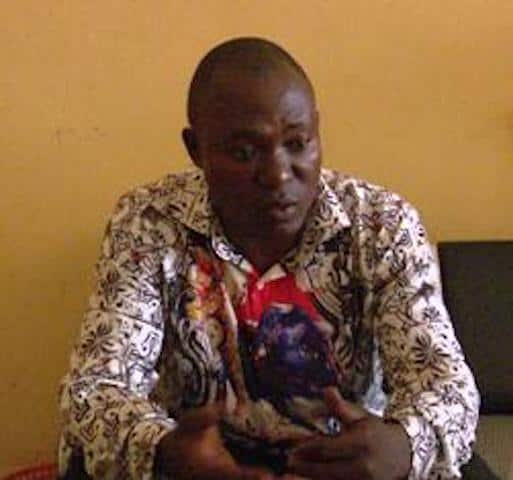 ThankGod Udechukwu, a self proclaimed pastor and founder Jesus the General Outreach Ministry based in Amuwo-Odofin, Lagos will soon be charged to court by the Economic and Financial Crimes Commission for alleged swindling of a kinsman and member of his church.

Udechukwu who is from Ozalla, Awgu Local Government Area of Enugu State, was arrested by the EFCC, Enugu Zonal Office on 23 May.

He reportedly took advantage of one of his kinsmen who trusted him as a ‘Man of God’.

“I am his pastor and man of God, in fact, I used to pray for him to succeed and indeed, I prayed for him before he travelled out to Dubai,” he said.

victim and complainant who resides in Dubai, United Arab Emirates, recalled his ordeal in the hands of Udechukwu started with a suggestion that he hand over to him four Toyota Highlander SUVs he imported, claiming that one of his church members was willing to buy the vehicles and other consignments, valued at N16 million.

The pastor helped himself to a huge part of the proceeds, claiming it was for logistics.

Later, the pastor suggested the idea of kick starting a transport services business and suggested to the Dubai based businessman to buy two Sienna buses to kick it off.

The complainant still agreed to the business idea, as if under a spell.

With no return from the transport business, the complainant instructed the suspect to sell off the two buses.

Some months after, the pastor further suggested a business to the complainant and introduced him to one Amechi Chuks Amechi who claimed to work with Nigeria Breweries and that he could assist in securing a dealership from the company.

He claimed the deal will cost the complainant N2.37 Million, which he transferred to Amechi’s company account in the name of Royal Homes Furniture Company Limited at First Bank Plc.

According to NAN, the petitioner who had hoped to use part of the proceeds from his investments to start some businesses here in Nigeria was totally devastated when on coming home, he discovered to his chagrin that nothing was left as the pastor and his friend had diverted most of the monies realised for their personal use.

Investigation revealed that he used the monies in all the businesses to expand his church buildings and take care of personal issues.