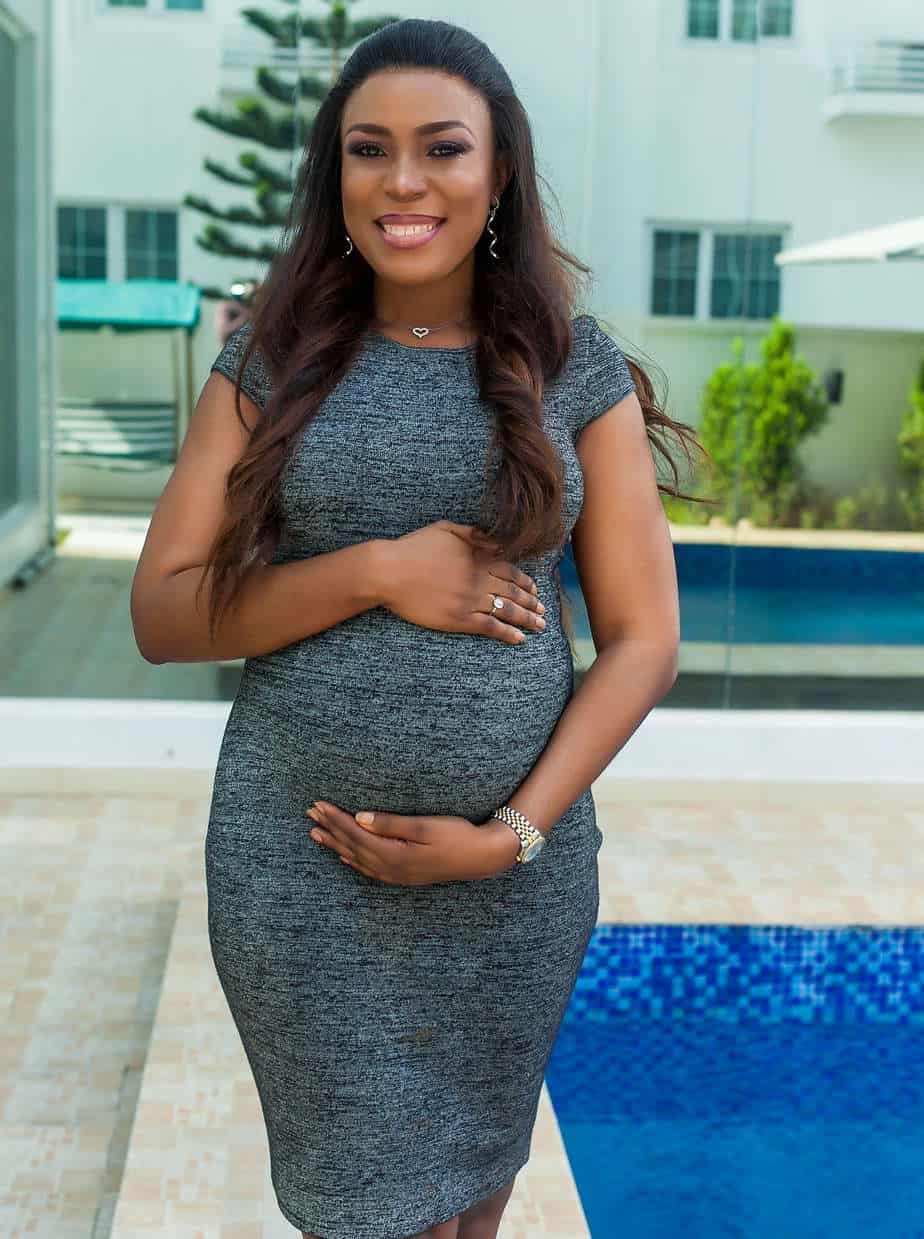 Popular former model and blogger, Linda Ikeji has revealed a picture of her heavy pregnant body on her social media account shutting the mouths of those spreading the air of unbelief that  she is not truly pregnant.

This is coming after some mixed reactions have risen after the blogger revealed a picture of her pregnant self on social media.

In particular, daughter of an ex-governor of Oyo state, kemi Olunloyo was quoted as saying that Ikeji is not truly pregnant.

Meanwhile Olunloyo has been receiving several backlashes for her comments on social media.