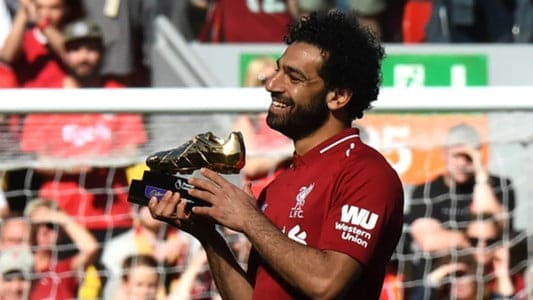 With the 2017/2018 premier league season reaching a climax on Sunday, so did the race for the golden boot also reach a conclusion.

The keenly contested race for the premier league golden boot, which dragged till the last day of the season, was between Liverpool’s Mohammed Salah and Tottenham’s Harry Kane.

At the end of the day, Salah, who was also crowned the premier league player of the year, beat Kane to the prize, scoring a total of 32 league goals in an unforgettable season for Liverpool, as Kane settled for second place with 30 goals.

With 32 goals in a single season, the Liverpool forward also set a new record for the most premier league goals in a 38-game season.