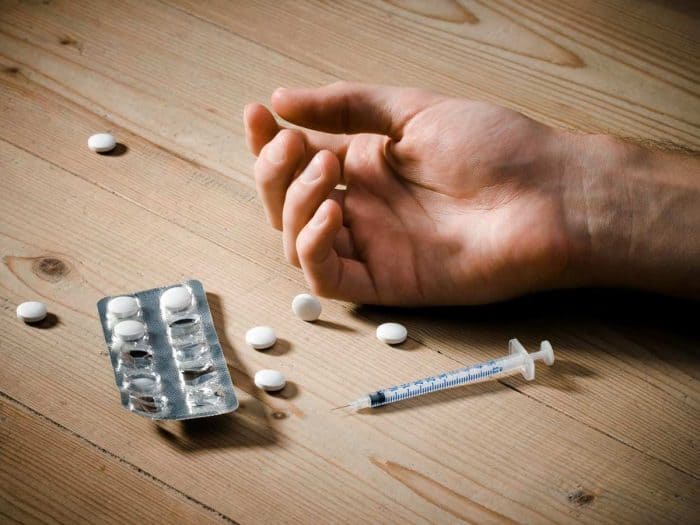 Speaking with newsmen in Abuja, respondents who were of various age groups said in the bid to make ends meet, they took to drug abuse, while the younger ones said they succumbed to peer pressure by taking drugs because they wanted to blend with desired peer groups.

Among the drugs abused were listed marijuana, cocaine, Refnol and codeine as some of the drugs they regularly abuse, with alcohol, gin, soft drinks and spirits acting as ‘solvents.’

As reported by Naija News, a recent documentary on prevalent codeine abuse led to a Federal Government ban on cough syrups that contain codeine.

However, respondents say the move by the federal government would have little effect and only increase the black market value of the product.

Twenty-eight-year-old postgraduate student, Ifeanyi, said he got involved in illicit drugs when he went into depression after losing his father during his undergraduate days.

“You know, it is difficult to drop a habit that gives you so much peace. When my father died during my undergraduate years, I picked up the habit of smoking.

“I started smoking cigarette, but as the pain and pressure I felt increased, I needed something stronger to numb the hurtful feelings, and marijuana became an instant solution,” he said.

READ ALSO  5 Ways To Be Romanic In This Digital Age

Ifeanyi noted that there was so much stereotype around drug and substance addicts as they are usually seen as ‘never-do-well.’

He said, “I agree that the habit is bad and it has medical side effects; but everybody has one bad habit or the other; moreover, depression is very real.

“People think highly of me because of my educational background, but the moment they find out I use marijuana, they start stereo-typing me,” he added.

Similarly, 46-year-old Callistus, a businessman, said that he slipped into ‘continuous overwhelming’ sadness when he lost his business four years ago.

“I started smoking marijuana four years ago when I lost my business and could not fend for my family; I also tried codeine for a while.

“We could not feed and I felt less than a man, all my esteem slipped away by the pressure and shame.

“I needed an escape and drugs helped. My business is back now, but I cannot stop, although my abuse is beginning to reduce,” he said.

He said that he hid his drug abuse from his three sons because he did not want them to take to the habit, as he was aware of the health implications.

“I know my drug habit is really bad and I honestly wish I can stop; but it saved me, although people will not believe it.

“The drugs kept my spirit up; else, I would have committed suicide,” Callistus added.

However, 19-year-old Angela, an undergraduate, said that drug abuse has become a pre-requisite for acceptance in various peer groups.

“I don’t find anything wrong in taking Refnol or codeine because all my friends do it and you don’t want to be the odd one out,” she said.

Reflecting on the history of her substance abuse, Angela told NAN that it started about a year ago when she attended a party in company with her friends.

“I didn’t want to take anything because of all the stories that older people had told me about drugs and they (her friends) laughed at me. I tried it and the drugs really made you feel good.

“I don’t think I can hang out with people who don’t want to get ‘high,’ they are boring. I am young and this is the time to do all these things,” Angela added.

However, she confessed that her parents and relatives are not aware of her drug abuse, as she dreads judgement from older people.

A psychologist, Mr. Adura Daramola, confirmed that stress and trauma could lead to and heighten drug abuse, especially since people want to escape reality during these times.

“Because most drugs act on the ‘reward and pleasure’ part of the brain and create a sense of high or euphoria, it is easy for stressed and depressed people to fall into routine of using them.

“Before long, they become addicted and need these drugs such as cocaine or Refnol to stay happy and elevated.

“The drugs, however, cause long-term damage to their brains,” Daramola said.

He added that during low moments, it is best to seek therapy or be around a loving environment instead of self-medicating or using anti-depressants.

Daramola said, “Soon, one can become addicted and ending that addiction takes a long journey.”