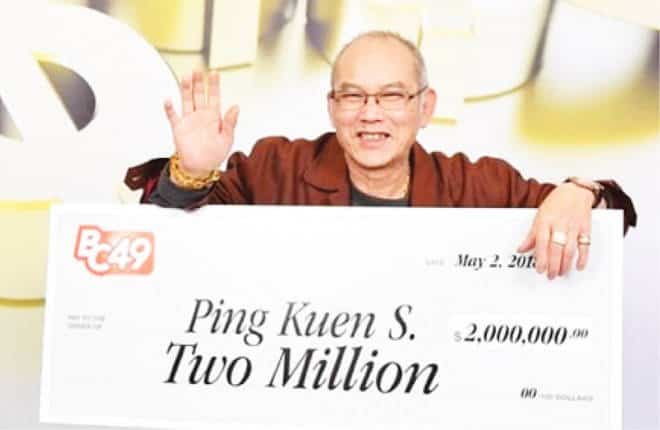 An outstanding luck, came the way of a Canadian man as he celebrated his retirement, alongside his birthday and also won himself a lottery which made him a millionaire all within a day.

Ping Kuen Shum, a native of Vancouver, won the British Columbia lottery on April 28 which falls on the same day as his birthday.

Coincidentally, it was also his last day at work, as he discovered that his single ticket matched all six numbers, which got him a grand price of $1.5million (N540 million) jackpot ($2million Canadian).

The British Columbia Lottery Corporation which confirmed the lottery winning of Mr Shum revealed that he had accepted his price on Wednesday.

“It’s unbelievable that all three events happened on the same day,” a delighted Shum said to the BBC.

Mr Shum must have been born with luck, with the lottery organisers stating that the chances of getting all six numbers is a one in 13,983,816.

After winning the lottery, and in the atmosphere his birthday, retirement he took his family out to a slap up dinner after which he revealed that he plans on sharing his fortune.