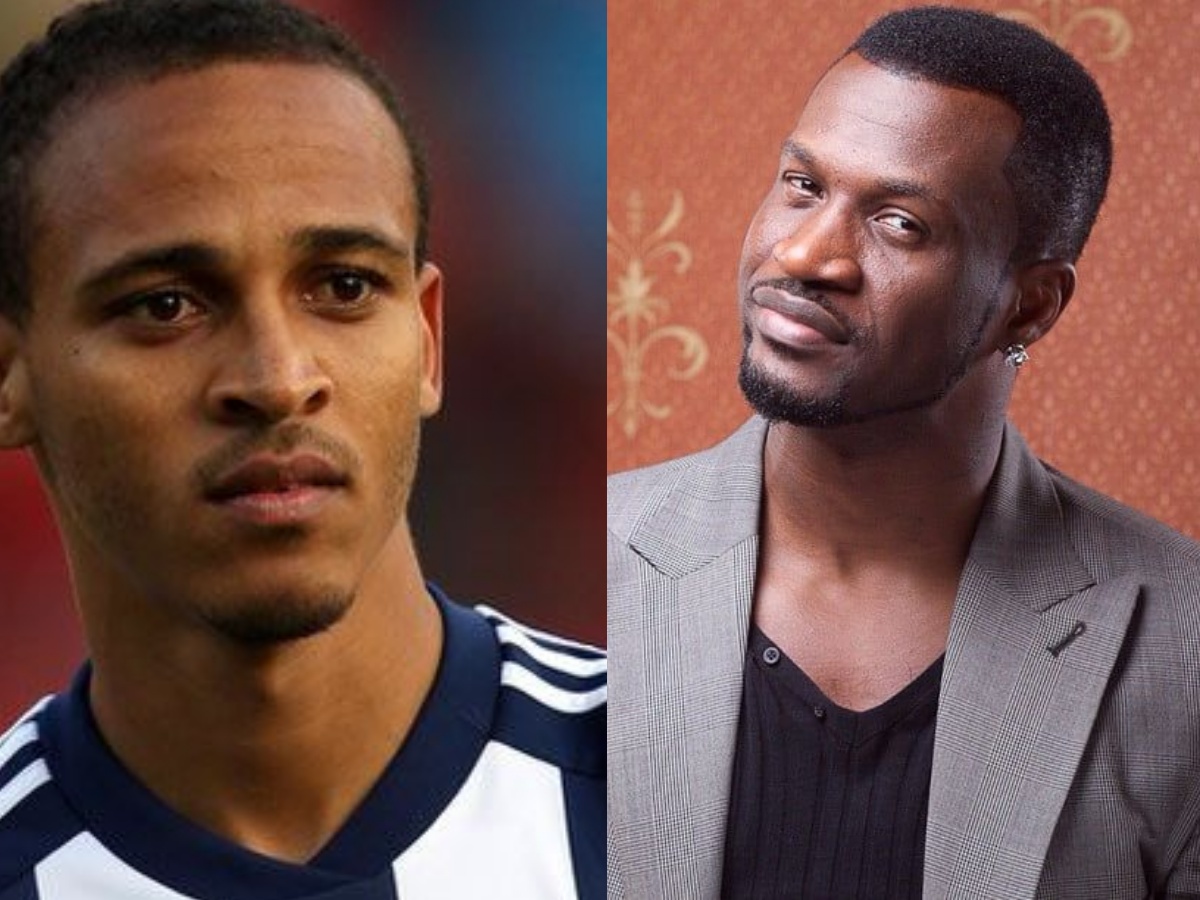 Former Stoke City player who played as forward for the Nigerian National team, Osaze Odemwingie, has accused Nigerian musician and businessman, Peter Okoye of publicly stealing from the people.

The 39-year-old footballer in a recent post on his Instagram stories called out Mr P of the defunct Psquare singing group, saying it appears the singer doesn’t fear God any longer.

Naija News understands Odemwingie’s statement was coming after Peter posted a video clip of some youths dancing in an open place with bottles in their hands, of which they later break on their heads as part of the show-off dance.

Sharing the video, Peter captioned: “Who is doing this new dance challenge this Christmas December period? You’re on your own,”

However, the retired footballer who sees something bad from the posted video took to his Instagram page and wrote: “What happened to you @peterpsquare?”

Reacting to his Zoomlifestyle Lottery business on every weekend; Osaze said: “You are robbing people in broad day light with that your nonsense business and now you want to take even Christmas from them? You no dey fear God at all?” 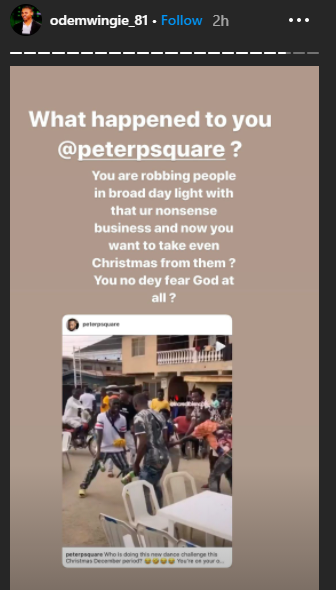