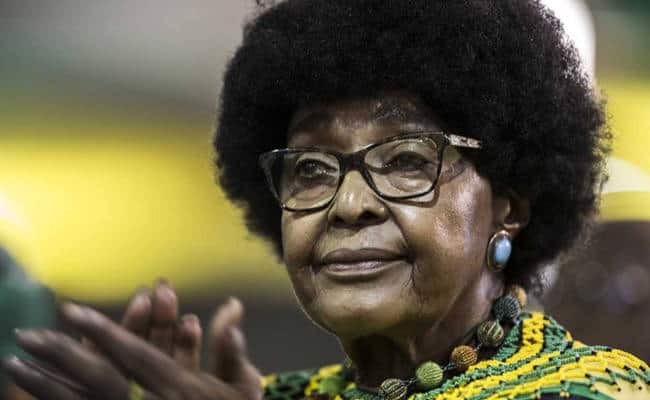 Winnie Mandela in her active days held several government positions and headed the African National Congress Women’s League. She was a member of the ANC’s National Executive Committee.

Winnie Mandela, the former anti-apartheid campaigner and wife of the late Nelson Mandela, has died at age 81, according to her personal assistant.

Naija News learnt that Winnie Mandela “died after a long illness, for which she had been in and out of hospital since the start of the year.” She died early Monday afternoon in Johannesburg, South Africa.

This is a breaking news story, more to follow …