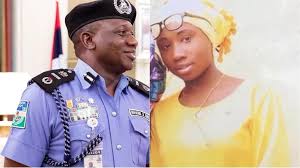 The Christian Association of Nigeria (CAN), has urged Nigerians to use the opportunity of the Easter celebrations to intensify payers for the release of Leah Sharibu from the captivity of the Boko Haram terrorists.

The body also called on the federal government to step up efforts towards securing the freedom of Leah and other captives from the Boko Haram insurgents as well as prevent the occurrence of any such event.

The call is contained in a statement by President of CAN, Rev. Dr. Samson Ayokunle, through his special assistant, (Media & Communications), Deacon Adebayo Oladeji, in which he called for prayers for the country “to be free from all forces of darkness and for those who have lost their relations or property during the recent terror and herdsmen attacks.”

“Following the trials, Jesus Christ, though sinless, was scourged by the Roman soldiers, and then forced to carry His own instrument of execution (the Cross) through the streets of Jerusalem along what is known as the Way of Sorrow.

“Jesus was then crucified at Golgotha on the day before the Sabbath, was buried and remained in the tomb until Sunday, the day after the Sabbath, and then gloriously resurrected. It is referred to as the Passion Week because in that time, Jesus Christ truly revealed His passion for us in the suffering He willingly went through on our behalf.

“What should our attitude be during the Passion Week? We should be passionate in our worship of Jesus and in our proclamation of His Gospel! As He suffered for us, so should we be willing to suffer for the cause of following Him and proclaiming the message of His death and resurrection.

“It is in the light of this, that the leadership of CAN is calling on every Christian nationwide to stand in the gap for that innocent girl, Leah Sharibu, at 12 noon on Good Friday, asking God to send His angels to deliver her from captivity as He did for Apostle Peter who was jailed unjustly.”

“It is high time security operatives lived up to the expectations of the people.

“They should stop all the terrorist abductions and the Fulani herdsmen killings or resign from their offices to give room for those who could guarantee our security and safety.”

Leah Sharibu was among the students of Government Science Technical School, Dapchi, Yobe State who were kidnapped on February 19.

Naija News understands she was not released alongside her colleagues as she refused to denounce her Christian faith.