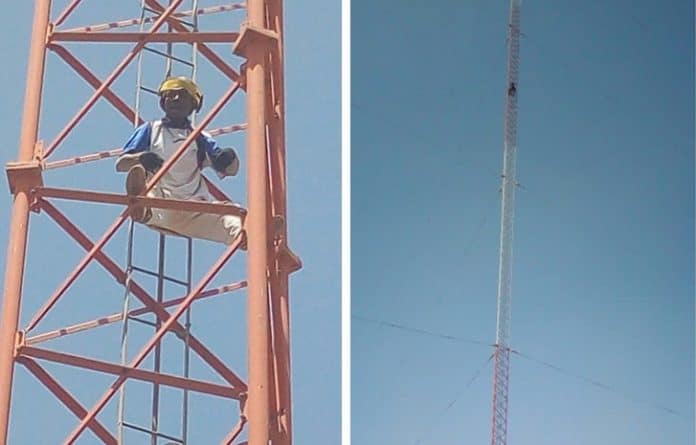 according to report garthered Shabege says he will commit sucide  unless the governor of Zamfara state, Abdulhaziz Yari steps down as the chairman of Nigeria’s governors Forum.

Naija News also learnt that  Shabege  was a political praise singer to the governor during the 2011 general elections,

According to an eye witness “the young entrepreneur, who has currently being convinced to come down from the mast, arrived the scene as early as 6am.”left a note were  accused  the  governor of abandoning  him after he had promised to support him to boost his trade of tricycle fabrication.