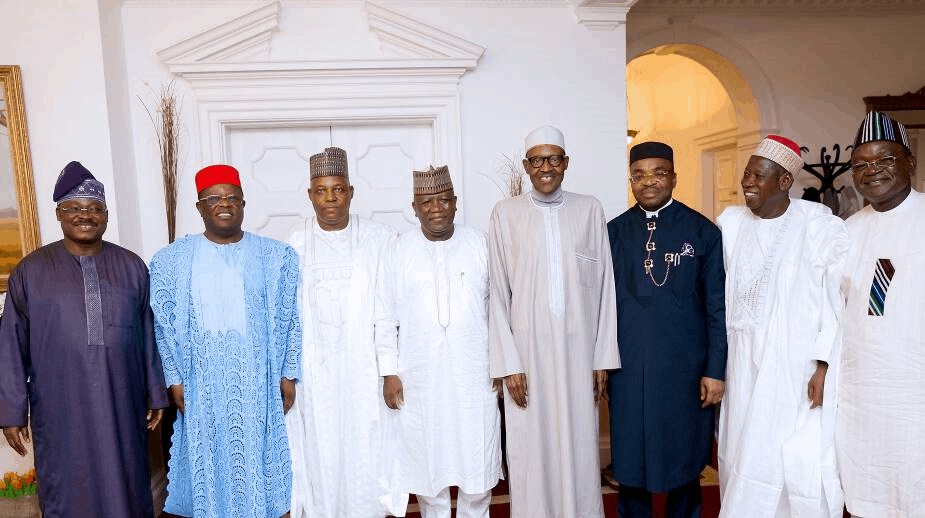 President Muhammadu Buhari will on Friday, hold a meeting with the 36 state Governors at the Presidential Villa to discuss the last tranche of the Paris and London Club refunds.

This Day reports that the meeting which is at the request of the Governors, is to seek the President’s approval for the release of N200billion which is the last tranche of the Paris Club refund.

“The governors are hoping the president will authorise the final release of the Paris Club refunds, which is about N200 billion so that they can fulfil their obligations to workers and pensioners and pay other bills in their states,” a source said.

According to him, when the Chairman of the Nigerian Governors’ Forum (NGF) and Governor of Zamfara State, Abdulaziz Yari, led a delegation of seven governors to London to visit the president, he had thanked them for “holding Nigeria together in his absence”.

The Governors want to capitalize on the good relationship with Buhari, to seek his approval for the last release of the refunds.

READ ALSO: ‘Buhari is not old enough to be my father’ – Fayose

Buhari had approved the payment of the first tranche of N522billion on December 16 last year.

In July, the federal government released N243.80billion as the second tranche of Paris Club refunds.

With the release of the second tranche, the total amount disbursed to the states stands at N765.8billion.