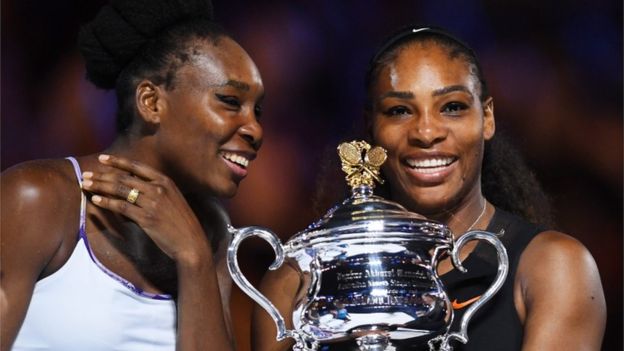 Serena and Venus Williams would be clashing in the third round match of the BNP Paribas Open after Serena continues her brilliant comeback performance with a 7-6(5) 7-5 win over Kiki Bertens at the on Saturday.

Serena, who is returning to the sport after taking more than a year away to have a baby, was ragged at times but used her power to wear down the Dutch 29th seed in Indian Wells, California.

“I’m getting there. I have such a long way to go,” the 23-times grand slam champion told reporters.

“It definitely felt better than the first round, but I’m still a little rusty.

“I’m still making errors that I don’t normally make. I call this a trial run, of traveling with the baby and all of this is just so new to me.”

Venus Beat Romanian Sorana Cirstea 6-3 6-4 to move to the third round of the competition, where she would be faced wither her sister Serena

The clash between the sisters would be the 29th since their first professional match in the second round of the 1998 Australian Open, with Serena having an edge over Venue with 17-11.

Venus recovered from a break down in the second set against Cirstea, winning five consecutive games to close it out.

“It takes me a few games, a few matches before hopefully you get it where you want it to be,” said the number eight seed after her first match in a month.

“(I was) just trying to work the point, do what it takes to win the point. I haven’t played in a long time.”

News Agency of Nigeria (NAN) confirmed that also moving into the third round was defending champion Elena Vesnina, who beat American Catherine Bellis 2-6 6-1 6-1.