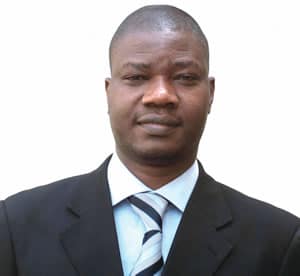 “Politics is not a game to be played by the poor. A poor person has no role in politics. A poor man cannot win election in Nigeria; how will you campaign? If you are poor, stay in your house.”–A former Minister of Works, Senator Adeseye Ogunlewe

Senator Adeseye Ogunlewe is a former senator and minister as well as a governorship aspirant in Lagos State. I watched him on Politics Today, a political programme of Channels Television anchored by Seun Okinbaloye on Friday, December 1, 2017. The topic was the chairmanship tussle of the Peoples Democratic Party. The party’s elective convention was held last Saturday in Abuja. The politician answered the questions posed to him deftly. He revealed that he was backing Chief Olabode George for the chairmanship position because the man had sacrificed a lot for the party. He described a move for a consensus candidate from Lagos or the South-West as undemocratic.

In his opinion, Jimi Agbaje, who is from Lagos State as George, should not be persuaded to step down neither should any of the other five aspirants from the South-West. He was of the view that if George lost, he would congratulate the winner because it was about service. Then, he was asked about the rumoured plan by some aspirants to bribe the delegates. To this he said though Chief Bode George’s camp was not planning to bribe delegates, politics is not for poor people. He said, “They will not buy (delegates) but it is not going to be on empty hand. Politics is not played on empty stomach.” Eventually, when the chips were down, only Profs Tunde Adenran and Taoheed Adedoja contested the position as the others including George pulled out of the chairmanship race for one reason or the other.

I have had a lot of people make that assertion that politics is not for the poor. This I consider fallacious or what my philosophy professor in the university would call fallacy of overgeneralisation. Do you need money in politics? Yes! Whether as a party or as an aspirant or candidate, one needs money among several other resources. But money alone may however not deliver electoral victory. Nigeria’s political history is replete with stories of men and women of little means who ended up being giant killers in politics. How much did Senator Osita Izunaso have before he defeated the maverick billionaire businessman cum politician, Senator Francis Authur Nzeribe, in the Imo West senatorial election of 2007? Nzeribe then was a two-time senator while Izunaso was a member of the House of Representatives.

How much did Mallam Ibrahim Shekarau have in his bank account before he defeated the then incumbent Governor Rabiu Musa Kwakwanso in the 2003 governorship election in Kano State? History tells us that Shekarau was a retired civil servant, a former teacher. How much was his salary to have been able to defeat an incumbent? Was Alhaji Lam Adesina a moneybag when he defeated other candidates to win the governorship seat of Oyo State in April 1999? This was a retired school principal who many knew of his poor status to the extent that he was said to be a distinguished member of “free readers association”, a name given to those who gather at newsstands to plead with vendors to read newspapers free.

Was Mallam Aminu Kano not poor when he won the Kano East federal seat as a candidate of the Northern Elements Progressives Union in 1959? Was Alhaji Balarabe Musa a millionaire when he won the Kaduna governorship election of 1979? If money and plenty of it is all you need to win elections in Nigeria as asserted by Ogunlewe, why did the Anambra people not vote for business mogul, Ifeanyi Ubah, as their governor in 2013? Why was he defeated in the PDP primary in 2017? Rochas Okorocha is a wealthy man who wanted to be President of Nigeria and had vied on several occasions to realise that ambition but never did. He eventually had to go to his home state of Imo to contest the governorship election in 2011 and got lucky and won. He is currently serving out his second and final term as a governor.

Ahead of the 2015 general elections, no political party had the humongous cash at the disposal of the Peoples Democratic Party. Recall that on December 20, 2014 ahead of the 2015 elections, the PDP organised a fundraising dinner where a princely sum of N21.3bn was realised. This huge sum, we were told, was to be expended on the reelection of former President Goodluck Jonathan as well as party administration. This is aside from the supposed N12bn allegedly realised from sales of Expression of Interest and nomination forms from aspirants wanting to contest on the platform of the party in 2015. On top of this was the $2.1bn arms procurement fund part of which was reportedly diverted for electioneering by the immediate past National Security Adviser and the $115m raised by former Minister of Petroleum Resources part of which was allegedly used to bribe election officials.

Despite the financial “war chest” deployed into the 2015 elections, the PDP suffered its worst defeat in 16 years. The party not only lost the presidential seat to the All Progressives Congress, it also lost its majority in both houses of the National Assembly, governorship and the state Houses of Assembly. The party’s misfortune in spite of the financial muscles it deployed to prosecuting the 2015 elections is a pointer to the fact that there are other variables beyond money that can guarantee electoral success.

Some of them include the aspirant’s courage, social capital that is, their antecedents, political experience, activities within the party, political platform under which they are contesting, religion, ethnicity, tribal affiliation, internal power rotation agreement, political network and of course money. Many people are in political office today because they read the signs rights. They joined the political party most popular in their areas. Ibikunle Amosun and Abiola Ajimobi both contested the governorship seats under the All Nigeria People’s Party in Ogun and Oyo states in 2007 but failed to realise their ambition because the party was not well-known in the South-West. But the duo got lucky in 2011 when they defected to the Action Congress of Nigeria ahead of the 2011 elections. Courage was what paid off for Governor Yahaya Bello of Kogi State. He contested the APC primary in 2015 with a more popular aspirant and former governor of the state, Prince Abubakar Audu. He came second, lost all hopes of becoming governor until Audu died midway into the election. The party pushed his name forward as the runner up in the primary and pronto, he became elected governor of the Confluence State.

To me, a poor but courageous person can win elections, if the odds favour them. Politics is a game for all those who dare to believe in the power of their dream.