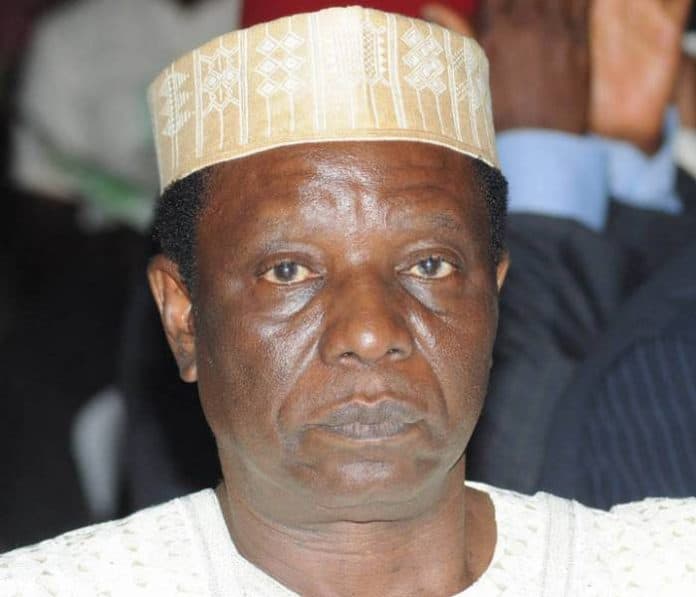 Keeping a weekly column such as this can be quite exerting; but the otherwise tedious task of getting a topic to write on is often simplified, thanks to readers who make different suggestions every week.

For today’s piece i am indebted to my friend, Jide, whose several calls during the week left me with no clear answer to a question which serves as today’s topic. The first issue Jide raised concerned some statements credited to Lai Mohammed, APC’s former spokesman and current minister of information.

Lai was reported to have said that President Muhammadu Buhari was under some temptation to rig last week’s Anambra governorship election but fortunately the President opted to act as a statesman hence he ordered the reinstatement of Governor Willie Obiano’s security personnel that had been withdrawn. Jide wanted me to use today’s write-up to ask our information minister to name those who proposed rigging to the President.

I was not persuaded to toe that line of action because it would amount to acting in vain since the alleged plot to rig didn’t materialize. Besides, expert riggers in Nigeria’s political system are too many to fault Lai’s thesis.

The second part of the statement reportedly credited to Lai Mohammed was that Governor Rochas Okorocha of Imo state no longer belonged to APC! False alarm, i imagined; was it not the same Rochas that was rallying support for the President’s re-election a few days ago? Jide now explained that the rationale proffered by Lai for the temptation to rig the Anambra election was for APC to gain a “foothold” in the South-east. If the party is looking for a foothold in the East what about Imo state which has an APC government led by Okorocha?.

Because of the seriousness of this analysis, i had to search for the statement the information minister made to warrant the deduction. Behold, i found that the minister explained that although APC is the power at the centre it did not follow the temptation to use its muscle to appropriate Anambra.

In the words of the minister, “it was quite tempting because we don’t have any governor in the South East but we felt it is only fair for the people to decide their own fate.” So, what is the ruling party in Imo now and how come APC is easily forgetting the governor of “my people, my people?”

While I thought it was a minor error, Jide felt differently. He said the governor only last month severely undermined APC by accusing the federal government of failing the nation’s youth. The occasion was a forum organized by the National Orientation Agency and the Imo state government. A paper read on behalf of the governor by his Senior Special Adviser on Youth Affairs, Mr. Kenneth Emelu, stated that “the youths are not happy about what is happening in Nigeria. The youths are saying they are not being carried along in the scheme of things.

What I am saying is that the government I represent should try to liaise with these youths so that we can have a clear idea of what the youths want. Waoh! What has APC done in Imo State for the youths? Is it fair for an APC governor to openly chastise the APC led federal government? So, are other APC leaders angry with Okorocha or is it the latter that has been unable to stay on the same page with his party?

Another controversial statement credited to the governor may throw some light on happenings in the nation’s ruling party. According to media reports, Okorocha revealed that all the governors in the country with an exception of just one or two, are fully behind the re-election of President Buhari in 2019 because they are all convinced that Buhari is the best President for the country at the moment. Okorocha therefore urged Nigerians to support the president for the re-election in 2019. He spoke while addressing leaders of the Democratic Youths Congress for Buhari 2019, who visited him at Government House, Owerri. Okorocha was quoted to have said; “I am a believer of Buhari and I made it clear years ago that if President Buhari is running for president I will not run.

Now, God has chosen him to be the president of Nigeria and some of us now are witnesses that Buhari was and is still the best for Nigeria at this material time.” Is this the position of the ruling APC? The national leader of the party Bola Ahmed Tinubu has answered in the negative.

The response came barely 24 hours after the Imo governor made the statement. Tinubu who spoke in Akure said President Muhammadu Buhari cannot get an automatic ticket for the 2019 election and that “governors cannot appropriate the power of endorsement to themselves”.

The APC leader maintained that leadership of the party has not endorsed Buhari as its sole candidate for 2019 adding that the flag bearer of the ruling party for the election would emerge through a democratic process. According to Tinubu, Buhari would want a normal process because he is a believer in due process and the rule of law.

So, if the leadership of the party has not resolved the issue, does Rochas not know? Besides, is any campaign now not premature considering that INEC is yet to release any authorization? From what has enveloped the political climate since the President returned from his medical vacation, Tinubu may be legally correct but there is doubt if he is in reality. Many politicians are already campaigning on account of self interest. The other day, a non-APC governor openly canvassed for the President’s reelection because he thought every office holder including himself ought to be given a second chance.

Those who are opposed to Okorocha’s type of politics need not devote much energy to that because the man is clearly involved in more than the politics of Nigeria. The other day, the governor invited Liberia’s President Ellen Johnson Sirleaf to visit Imo state and lavishly honoured her. The real politics of it was to give the lady a chance to meet her country’s students of the Rochas Foundation whose parents died of Ebola. Earlier, President Jacob Zuma of South Africa dishonoured by his people, was invited and honoured. Owelle Rochas is looking beyond APC.

Atiku’s politics and the spectre of failure