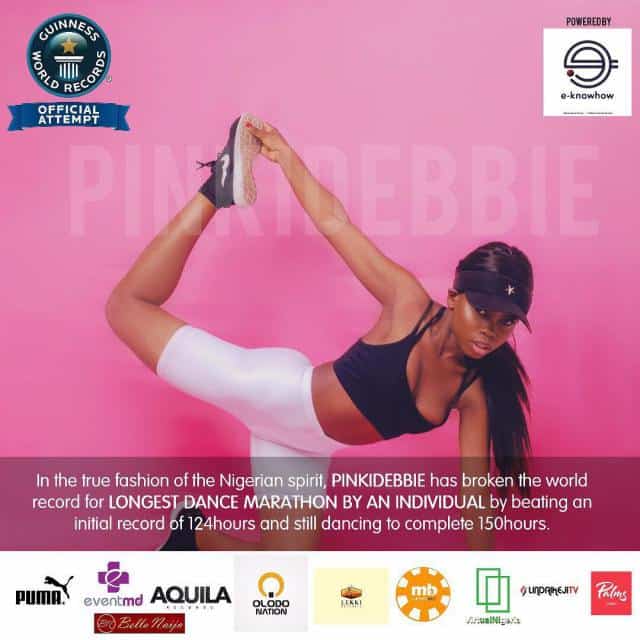 -The record was previously held by an Indian woman, Kalamandalam Hemaletha. 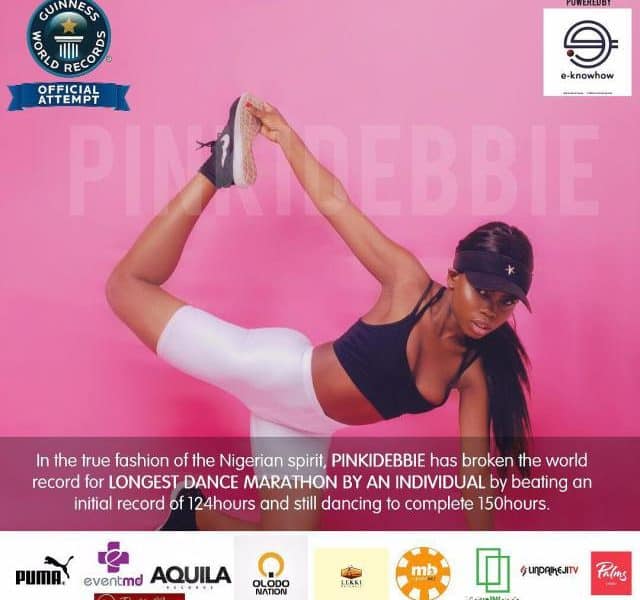 With her feat, she joins other Nigerians like dance queen, Kaffy in the Guinness world record.

The record for the longest dance marathon was previously held by an Indian woman, Kalamandalam Hemaletha who danced 123 hours 15 minutes.

Debbie actually started on Friday 24th November, 2017 and has since then, attracted various individuals to the Palms Mall, Lekki, Lagos State where she is holding out for a World record dance time. 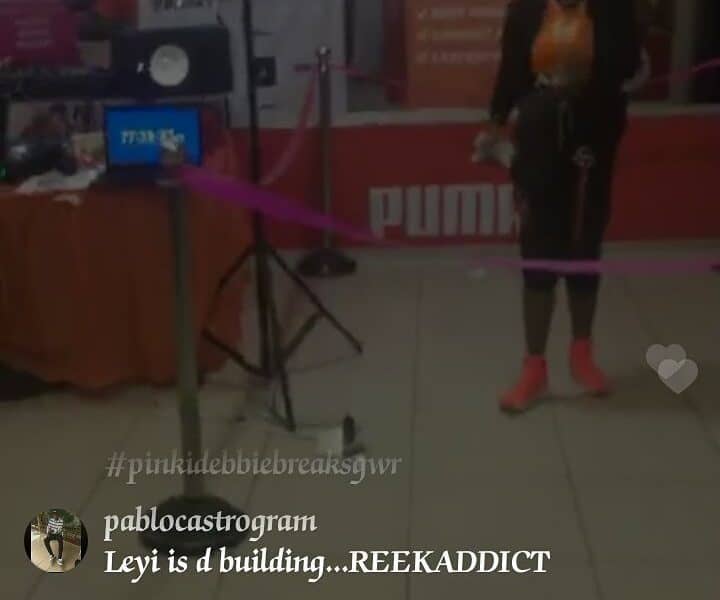 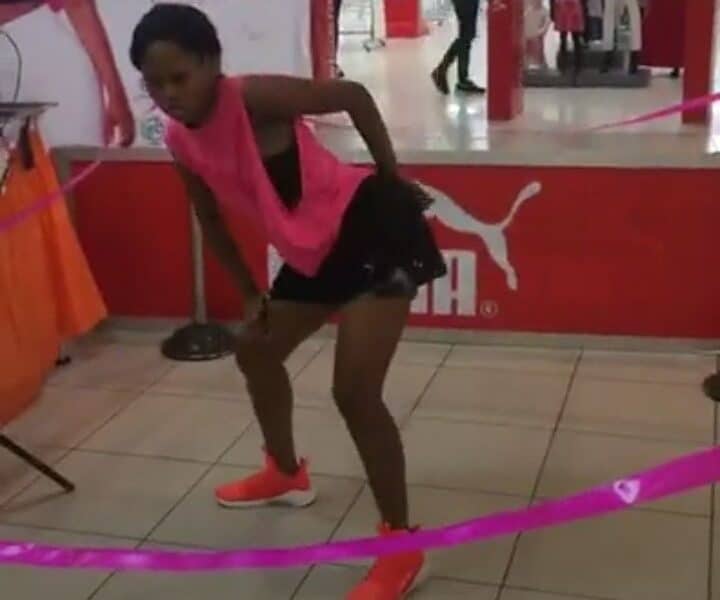 She has the grace to rest and be attended to by her Medical doctor for 5 minutes in every hour but she has intelligently maximized her time by dancing for 4 hours straight, which would afford her straight 20 minutes of rest. 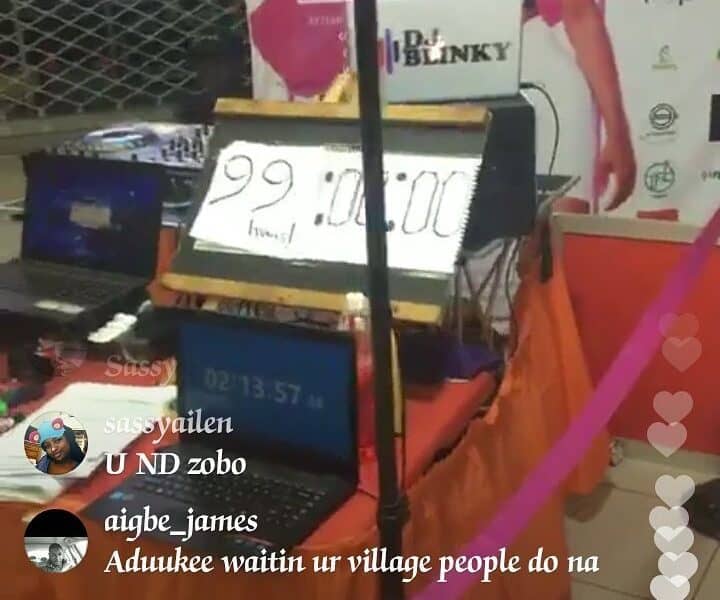 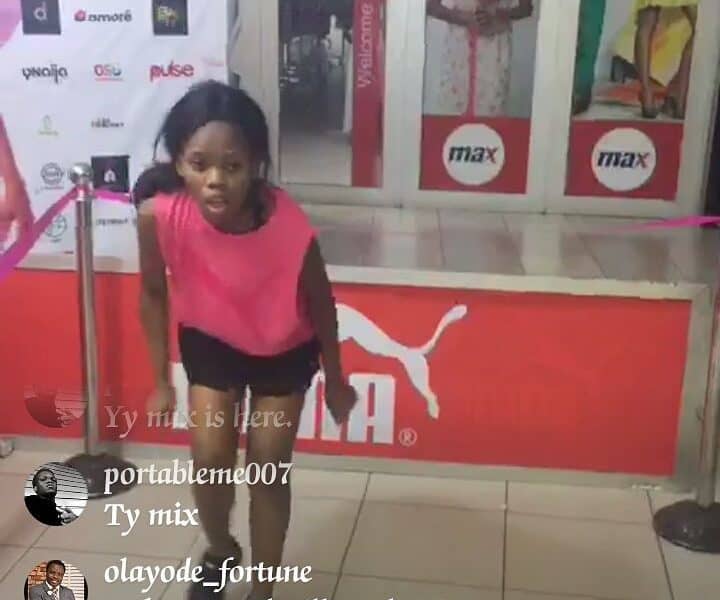 A graduate of policy and strategic studies from covenant university, Debbie started dancing at the young age of 6 and has received constant support from her mother.