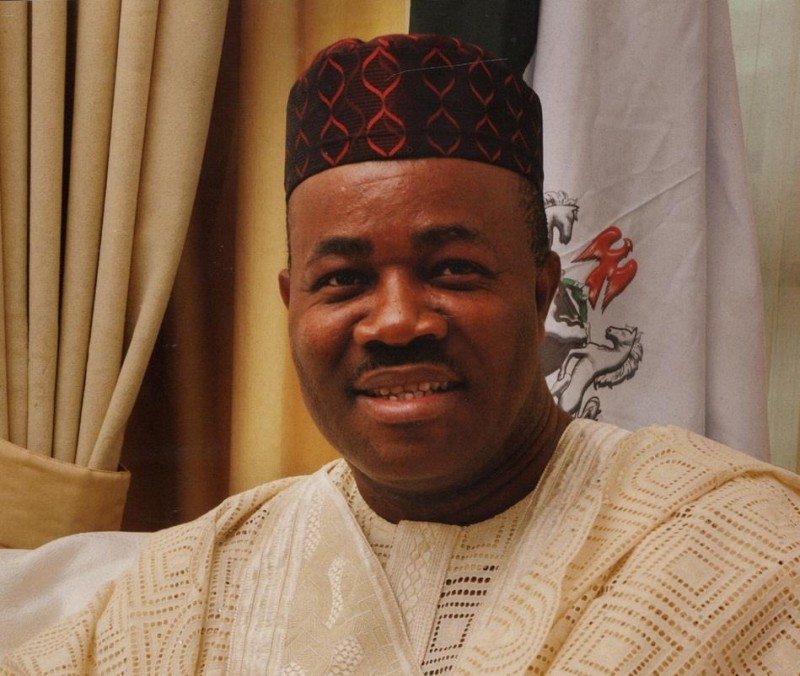 -EFCC begins probe of Akpabio over N1.4bn gift given to a bank

The Economic and Financial Crimes Commission, EFCC, has started a new probe of a former governor of Akwa Ibom State, Mr. Godswill Akpabio, over allegations that he gave a gift of N1.4bn to a bank for undisclosed reasons.

It was gathered that the EFCC had written to the bank to explain why the governor allegedly gave it such a huge sum of money.

The Akwa Ibom State Government, according to Punch, had charged the commission to court, challenging its right to investigate state affairs.

It was also gathered that the state government had ignored seven requests from the EFCC, asking for the release of officials of the government for interrogation as part of the ongoing investigation into the activities of Akpabio, who is now the Senate Minority Leader.

The source added, “On March 7, 2017, the commission wrote to the Secretary to the State Government, asking for the release of Mr. Effiong Efiakedoho, the Permanent Secretary, Ministry of Housing and Special Duties, to appear before the EFCC on March 13.

“He was summoned specifically in respect of matters relating to a hotel, Four Point by Sheraton Hotel, Raffia City Plaza, A 342 Highway. There was no response.

“On May 8, 2017, a letter, requesting the Accountant General of the state to appear at the EFCC on May 18, was also ignored.

“The Accountant General was specifically summoned in respect of an aspect of the investigation relating to a company, Sindeng Nigeria Limited.

“The Commissioner for Works was also invited through a letter of May 19, 2017 and asked to report to the commission’s zonal office in Port Harcourt with respect to a road construction contract awarded to Nigturks Civil Technologies Limited. He too failed to honour the invitation.

“A May 26, 2017 letter to the Secretary to the State Government to release the Accountant General of the state for interrogation on June 5, on the Commercial Agriculture Credit Scheme, was also ignored.”

It was learnt that the EFCC, in two separate letters dated June 7, 2017, invited all the aforementioned persons but they failed to show up.

The source told Punch that instead of releasing its officials, the Akwa Ibom State Government, through a letter, referenced HAG/MISC/VOL.XV1/164, dated June 28, 2017 and signed by the Attorney General, Uwemedimo Nwoko, stated that it was challenging the powers of the EFCC to investigate states.

Nwoko, therefore, asked the commission to wait till all legal hurdles were crossed before taking action.

A detective said if the matter was allowed to drag, it could affect the case.

It was learnt that banks had also failed to provide documents to the EFCC on transactions linked to Akpabio, who has been accused of N108bn fraud during his tenure between 2007 and 2015.

When contacted, Akpabio’s media aide, Mr. Anietie Ekong, said his boss would not want to take issue with anybody since the Commissioner for Justice and Attorney General of Akwa Ibom State had clarified the issue.

“We are aware of the issue because someone else called earlier to confirm the allegation. The Attorney General of Akwa Ibom State has responded to the matter and we are not ready to take issue with anybody,” he said.