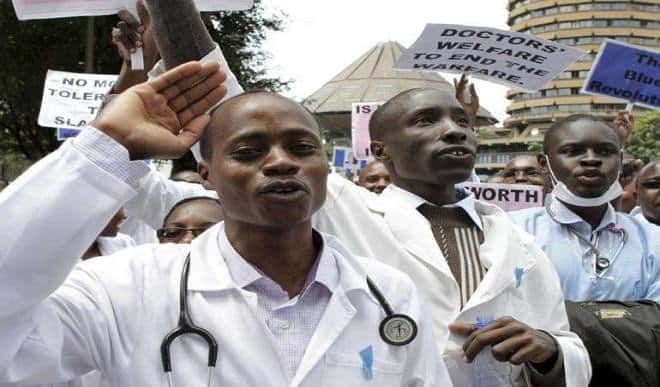 After holding a secret meeting with the Minister of Health, the National Association of Resident Doctors, NARD, has called off the strike action it embarked upon a week ago.

The president of the association, Mr. Chinaka Ugochukwu, announced the suspension via a text message to Channels Television health correspondent in Abuja.

He also assured that details about the decisions will be made public by the association, at a press briefing on Thursday, September 14, 2017.

It will be recalled that NARD had on Monday, September 4, declared an indefinite strike action to protest poor welfare of members and demand for improved conditions of service.

The doctors, however, assured the federal government after a long meeting on Wednesday, September 6, that they would only suspend the strike after members get credit alert from their banks, indicating payments of parts of the salary arrears that the government is owing to them.