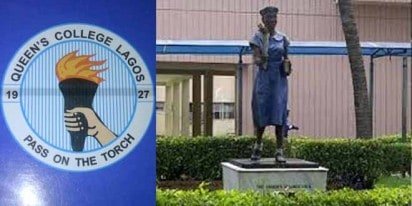 The Queens College Yaba, Lagos, has been hit by mass bacterial infection, which reported killed two students with many others hospitalized

On Thursday, March 16, the state’s Commissioner of Health, Jide Idris, said the school’s resumption should be delayed until appropriate health measures are put in place for the safety of the students.

Two students have died since the outbreak of water-borne disease in the school with more than 50 others currently on admission in the school’s clinic after eating spaghetti and drinking water in the refectory.

Idris added that, water samples were collected from the school and analyzed at the state’s Drug Quality Control Laboratory as well as the Microbiology Department of the Lagos University Teaching Hospital (LUTH).

He said: “The results from the two laboratories showed high bacteria content in the water samples from kitchen, behind dining hall and Queens Delight, the school water factory. The bacteria range from Coliforms, Escherichia coli, Salmonella, Klebsiella ozoana, and Aeromonas hydrophilia.”

The school, a federal government-owned institution, is billed to reopen from its midterm break on March 19, but Mr Idris called for a postponement because, according to results from school’s sick bay, onset of the students’ illness began on January 16.

Idris said: “The total number of students who presented at the clinic on account of abdominal pain, fever, vomiting and diarrhoea was 1,222 from the first date of presentation (11/01/17) to the last date of presentation (15/02/17). There were four different peak periods of infection namely 31st January 2017, 2nd, 8th, and 14th of February 2017. 16 ill cases were admitted in various hospitals. Nine have been discharged, two died, while one is still on admission at the Intensive Care Unit of LASUTH and three at LUTH.”