Former Senator, Ademola Adeleke has been sworn in as the governor of Osun state.

Naija News reports that Adeleke was sworn in by the Osun State Chief Judge, Adepele Ojo, at the Osogbo City Stadium on Sunday.

The former lawmaker came into the venue at about 11:20am and completed taken his oath at about 11:50am.

Thereafter, his deputy, Kola Adewusi, also took the oath of office and allegiance which was administered by the chief judge.

The governors of Edo, Akwa-Ibom, Bayelsa, Godwin Obaseki, Emmanuel Udom, and Senator Douye Diri, respectively, were also part of the entourage to Osogbo, the state capital.

Below are pictures from the event. 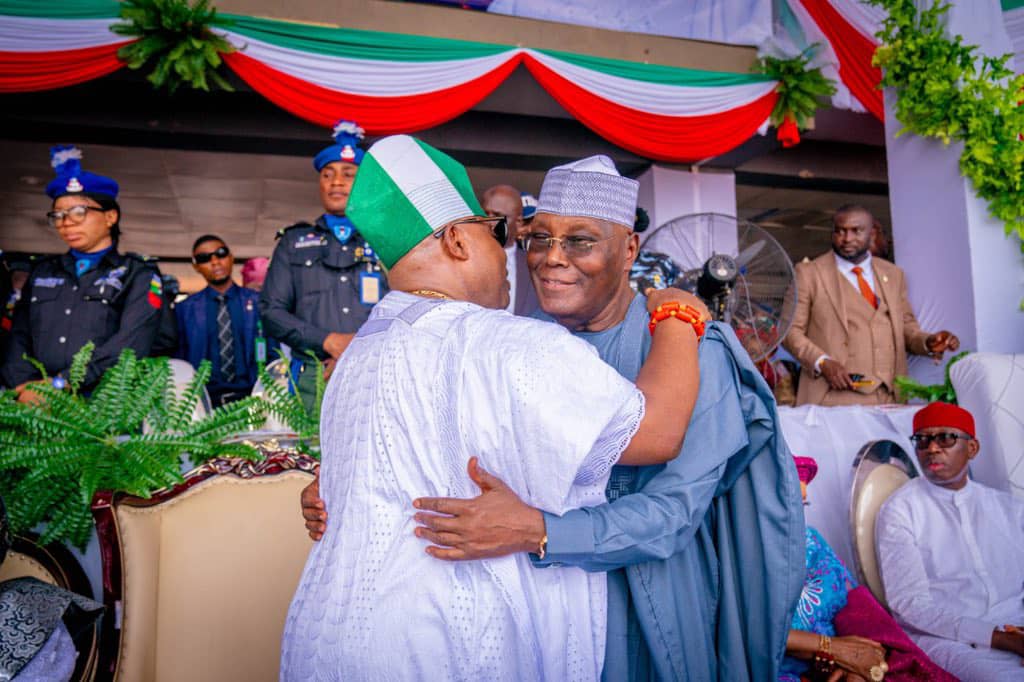 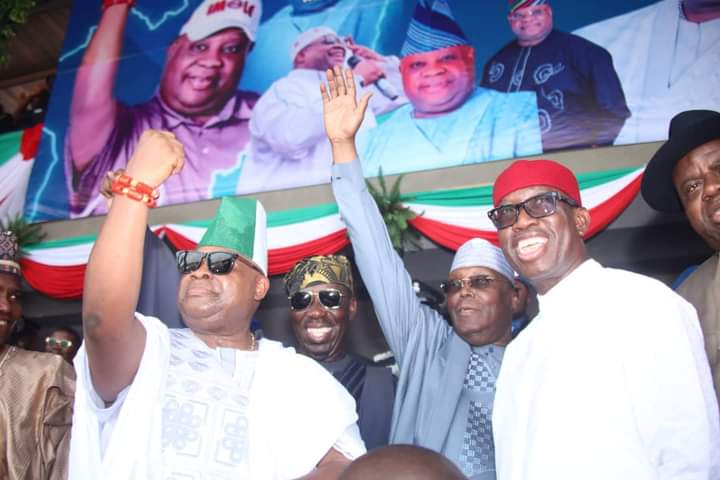