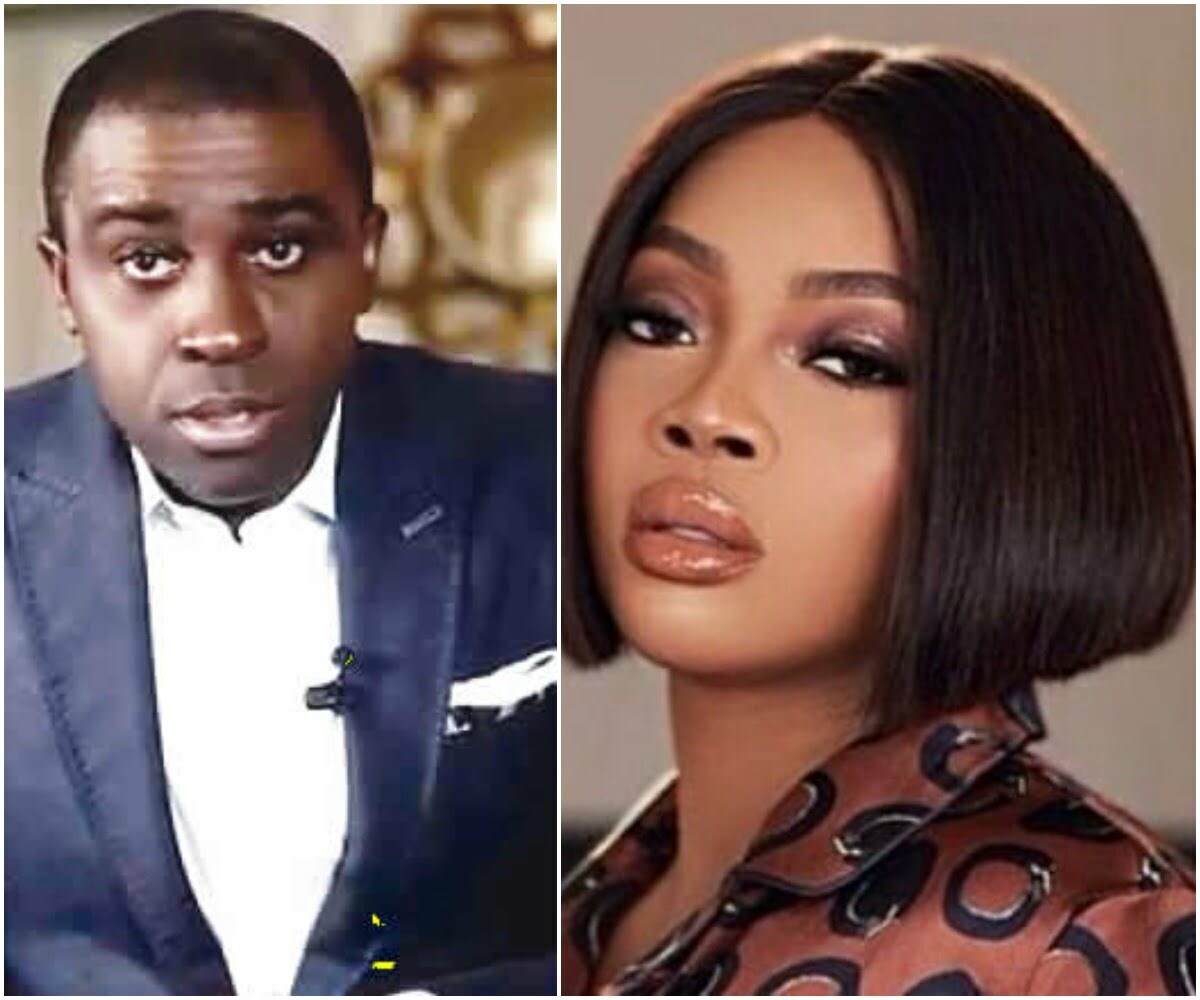 This is coming after critics tackled the ‘On Becoming’ author for hosting the reality show, saying that the show had lost viewership because she is hosting it. 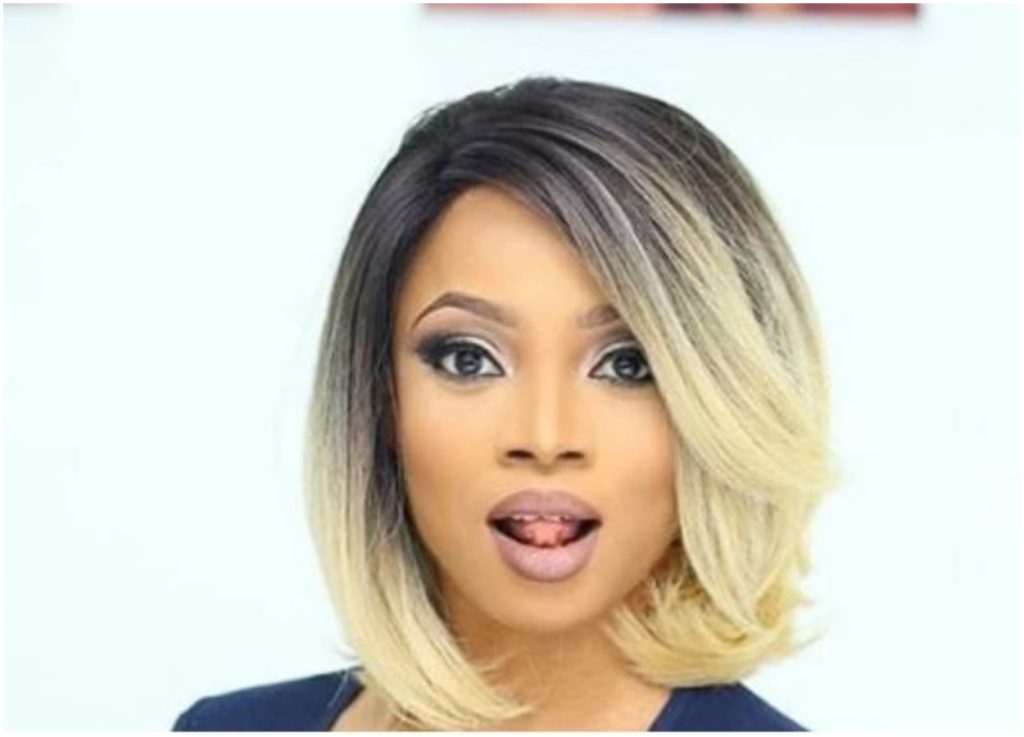 However, the pronouncement by the organizers of the reality show had drawn mixed reactions from some social media users who felt Toke Makinwa is not appropriate to take on the role.

In a new post, a critic simply named Omotayo in a lengthy tweet stated how viewers lost interest in the show immediately after Toke Makinwa was unveiled the host for this season.

Omotayo argued that OAPs have their area of specialization, thus making Toke unfit to host the GUS as she’s more prominent in the entertainment industry and not hosting reality shows.

Citing media hosts like Frank Edoh, Tayo argued that TV Host such as Frank do not get to host beauty pageantry as it is not his area of specialization.

Tayo went further to also urged organizers to do better if they want viewership and rating for their show. 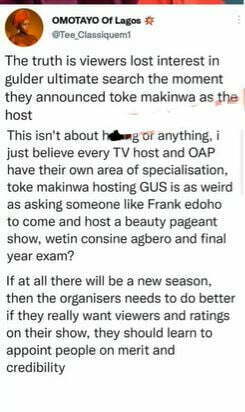 Replying to the post, Frank stated that the analysis was wrong, whilst sharing a video of himself hosting an Africa beauty show.

According to him, some media personalities do a plethora of work and it had nothing to do with their specialization. 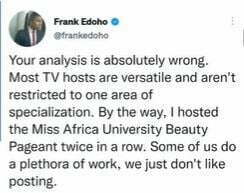