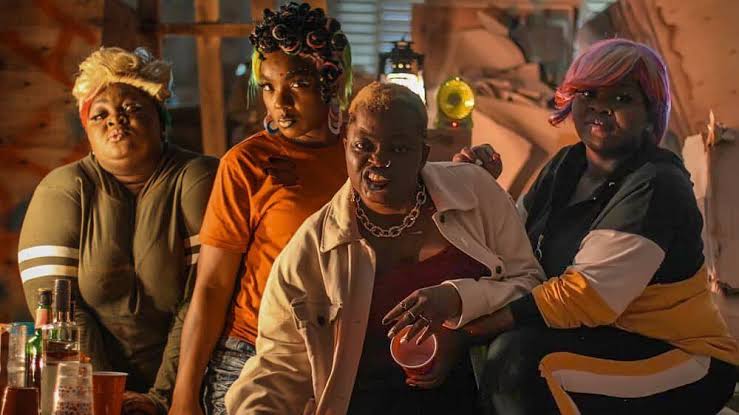 According to a post made on Instagram by Film One, the movie bagged Africa’s highest grossing film of 2020/2021 awards at the META Cinema Conference in the United Arab Emirates.

“We are super excited about the latest award accolade won by ‘Omo Ghetto: The Saga’, as Africa’s highest-grossing film of 2020/21.”

“The award is sponsored by COMSCORE, an international box office data collection company and official data partners of the Cinema Exhibitors Association of Nigeria (CEAN).”

Omo Ghetto broke a five year old record for Nollywood’s highest grossing movie of all time a week after it’s release in December 2020.

The movie dates back to its maiden edition in 2010 ‘Omo Ghetto’ which revolves around the thug life of a female lead character known as Shalewa aka Lefty.

The plot of the movies centers around twin sisters who were separated at birth and later grew to be opposite of one another as they were raised in different background.

The rich sister is known as Ayomide while the one that grew up in the slums is known as lefty. Both characters were played by Funke Akindele-Bello.