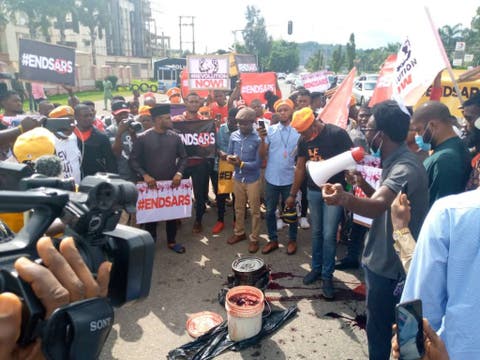 A Twitter user identified as Hope Iheanacho has taken to the microblogging platform to share her pastor reaction to the End SARS memorial held today, at the Lekki Tollgate.

The youths around the country have maintained their energy to remember those murdered in last year demonstration as they troop out in numbers today to again express their grievances.

Reacting to the memorial, the pastor named Wisdom chided the youths for posting things about the protest. He further went ahead to question the Christians amongst them if they had taken out time to remember Jesus who died 2000years ago.

According to the pastor, those posting images from the endsars memorial are either ignorant or foolish.

Read his post below; “If you’re a Christian and you’re posting things about a certain protest, you’re either ignorant of foolish. Some one was in quote murdered during a protest and youre remembering them; Jesus who died for you since about 2000 years, have you remembered him?” 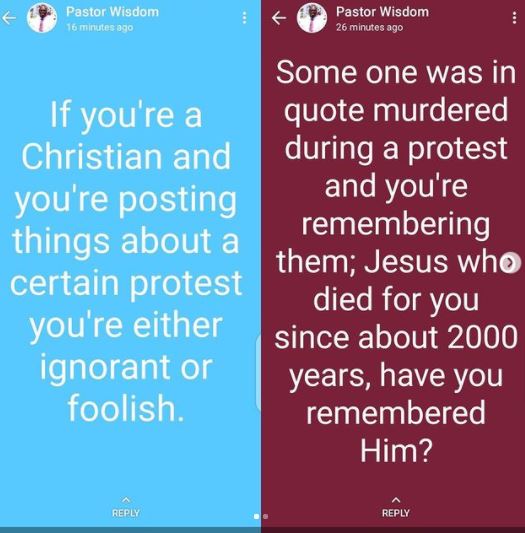