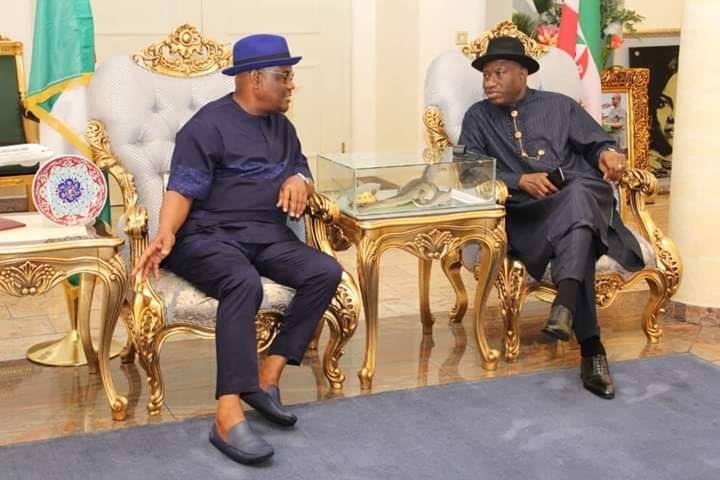 The Governor of Rivers State, Nyesom Wike has warned former President Goodluck Jonathan that the All Progressives Congress (APC) has no good intention for him.

He added that a critical analysis of the situation shows the APC doesn’t like the former President but only want to ruin his hard-earned reputation.

Wike warned Jonathan not to be deceived by the lure of getting the ruling party’s 2023 presidential ticket, observing that it is all a ploy to destroy his name.

The Rivers State Governor made his views known on Friday in an interview with BBC News Pidgin where he discussed the rumours of a possible defection by Jonathan from the Peoples Democratic Party (PDP) to the APC.

Wike cautioned Jonathan not to fall for the antics of the ruling party, reminding him of the harsh and wicked things they said about him in the build-up to the 2015 presidential election.

“APC are only intent on bringing in PDP people who has name, and destroy them so that they will not have anywhere to go again. That’s what APC is doing,” Wike said.

The Governor added that he has nothing but respect for the former President, stating that if Jonathan wants to contest again for presidency, he should do so on the platform of the PDP and not APC.

If he runs on the PDP platform, Wike promised to support his ambition.

“I respect the former President. I know he is a man of integrity. If I have the chance to advise him, I’d tell him, ‘Sir, please don’t make that mistake. If you want to run for President, run under PDP. Nigerians cherish you more than this government. They have seen that all the things government told them are lies,”

“If he runs under PDP, he can be assured that I will staunchly support him,” Wike concluded.

Meanwhile, Naija News recalls former President of Nigeria, Goodluck Jonathan has declared that it will be a dream fulfilled for him if electronic transmission of results can be deployed during the 2023 general elections in Nigeria.

He said this will deepen democracy in Nigeria and show that the country is making progress in its democratic journey.

Jonathan added that the adoption of electronic transmission of results will enhance the transparency of the electoral process and further guarantee free and fair elections in Nigeria.