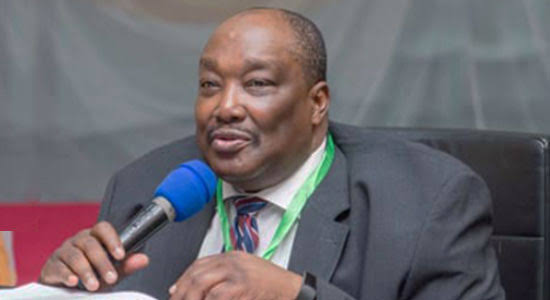 Governors from the Northern region of Nigeria have been advised to channel their energy to growing the economy of their region and put aside the debate on the collection of Value Added Tax.

A former President of the Nigerian Bar Association, Joseph Daudu (SAN), issued the advisory while appearing as a guest on a Channels Television’s political programme, Politics Today, on Tuesday, Naija News reports.

The legal practitioner during the interview rubbished the governors for condemning their counterparts in the South over power shift to their region in 2023.

Lamenting the economic situation in some northern states, Daudu said it is disappointing to know that northern governors have missed the point by thinking that the VAT was a one-off tax.

He said: “The northern governors know for a fact that there is less economic activity happening in Jigawa or Yobe than in Rivers and Lagos. Is it fair to take the resources of Lagos and give Jigawa?

“The answer lies in how every state should develop its economic base. So long as other states are not allowed to develop and extract their resources, they will continue to look across the border to see who can give them handouts. We should be tired of this.”

He argued that every state was endowed and should be encouraged to develop its potential for the benefit of its people. Speaking further on the VAT collection debate, the lawyer insists that VAT has to be state-based because the states suffer the direct consequences of the actions/inactions of manufacturers.

According to him, some of these states with high populations have environmental and associated issues which they would need these taxes to deal with.

Daudu said, “The nature of VAT is that at every point of sale for consumption, VAT is deducted. It then goes to the credit of the state that it (product) is paid for and consumed. If the final consumer does not sell, the matter ends.

“The truth is that some states are more economically buoyant than others. States that have heavy economic activities like Lagos, Kano, Rivers, Abia, Anambra to cite a few, for example, these states sell things that are consumed they are bound to get much more VAT.”

The SAN further stated, “I would rather as a northerner; want the northern governors to develop their resources, it may take five to ten years. There used to be a meat canning factory, in those days, meat was exported from Bauchi out of the country, all these industries have died.

“The present governors, instead of thinking about who is going to be President in 2023, or whether that person should come from the north, they should first resuscitate all the industries that made the north a very great place, instead of coming now to heat up the polity by saying there will be no rotation, that really is not the matter at hand.”