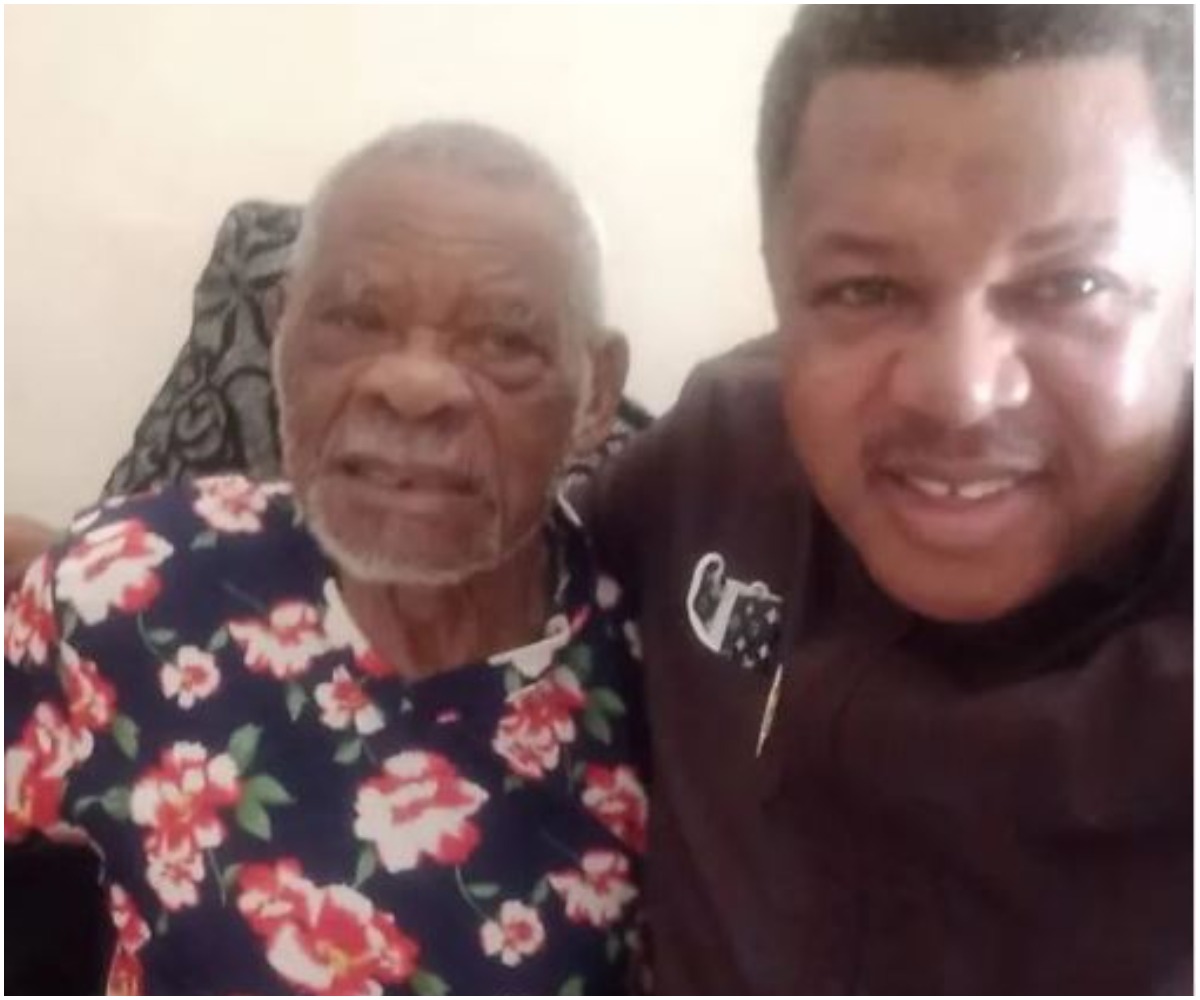 Nollywood actor Francis Duru has announced the death of his father.

The veteran via an Instagram post on Wednesday shared the last photo he took of his father.

He also revealed that his father defined his essence and built his being, putting him on the turf of life through the tough and rough.

“My last pix with my dad, memories of yesterday. You defined my essence, built my being, took the tough and the rough to put me on the turf of life. “I salute you dad as you took your last breath and transitioned into into glory. You broke my heart this morning when you refused to wake, mum just left, you too. So heavy so painful. Thank you dad for all, thank you, will miss you,” he wrote. 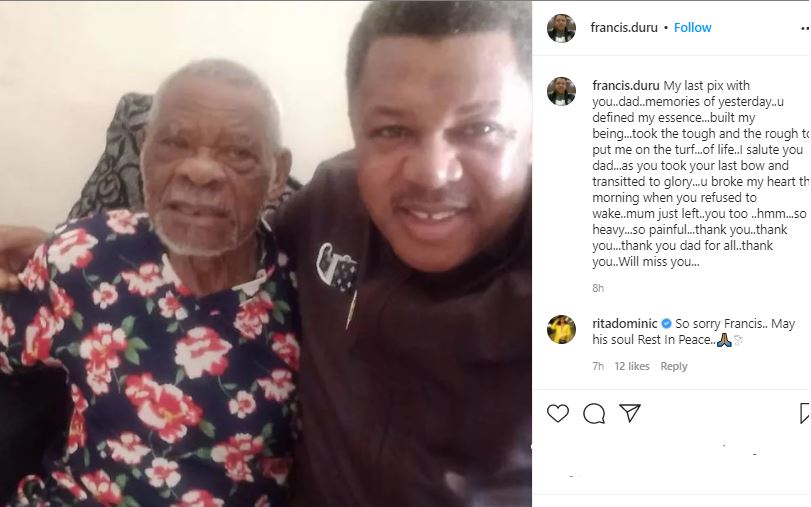 Meanwhile, award-winning dancer, Khafayat Shafau also known as Kaffy recently her after she revealed that she almost died from a grave ailment.

The celebrity dancer announced the unfortunate incident via her Instagram page.  She posted a picture of a candle on a black background with the caption “#RIP DAD.” A day before Kaffy had spoken of how she escaped death from a serious ailment.

The wrote: “Lungs collapsing, eyes changing color, belly swelling, taking breathe feeling like pain. I was slipping into the dangerous sleep but mercy said no!”

Thank you God for another chance. A lot don’t make it through these avoidable deaths. I am not better than them , I am grateful for your mercy. “Not today, said the Lord.”

Be careful some medication can be lethargic to your system there are allergies we might not know of. God protect you all.”