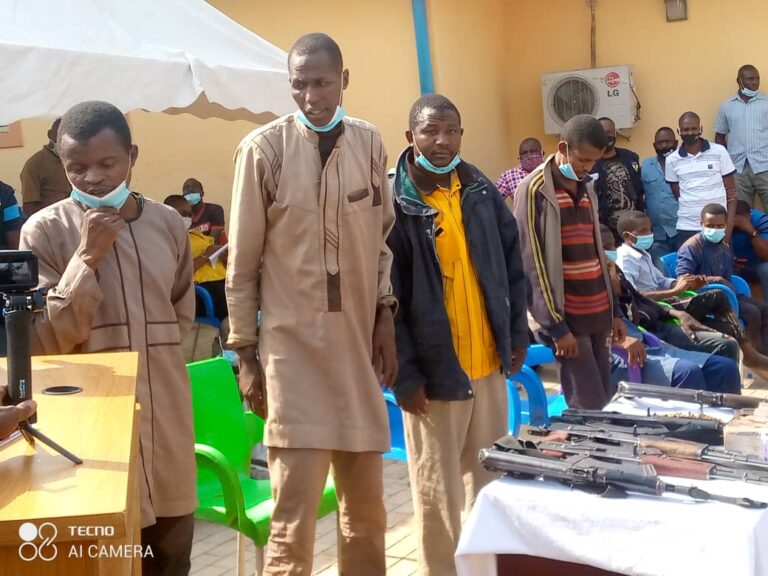 The suspected kidnappers of students of Greenfield University and the Bethel Baptist High School in Kaduna State have been arrested.

Kaduna Police Command spokesman, Mohammed Jalige, stated this on Thursday while parading the suspects at the Command’s Headquarters along Bida Road in the state capital.

Jalige added that the police have arrested abductors of the 37 students of the Federal College of Forestry Mechanisation, Afaka area of the state.

Jalige said one Usman Mohammed from Bukuyum in Zamfara State was arrested by operatives of the command in connection with the kidnap of the students of Greenfield University, Federal College of Forestry Mechanisation, Afaka, as well as Bethel Baptist High School, all in the state.

He said, “On the 29th August, 2021 at about 0900hrs, based on credible information, Operation Yaki Surveillance team with FIB STS Force Headquarter, Abuja, jointly raided a house along Ring Road, Asikolaye area of Kaduna, where one Usman Abubakar, ‘m’ 41 years old, a native of Adakpa village, Bukkuyum LGA of Zamfara State, a notorious kidnapper terrorising Chikun, Igabi and Giwa LGAs of Kaduna State, was arrested.

“He confessed to have kidnapped many people and collected several ransoms; he also has links with recent attacks on Greenfield University, Bethel Baptist Academy and School of Forestry Mechanisation, Mando, Kaduna.”