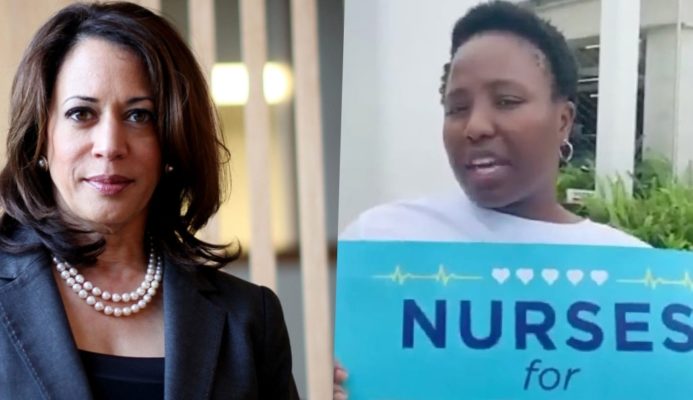 The Department of Justice in the United State of America has accused a nurse identified as Niviane Petit Phelps of threatening to kill the Vice President, Kamala Harris.

The thirty-nine-year-old nurse who is from Miami-Dade Country when brought before the federal district court pleaded guilty to a six-count indictment of attempted murder.

The nurse during her appearance before the court noted that she sent her husband, who was in prison in February, a 30-second video of herself threatening to kill the Vice President.

Ms Phelps in the video could be heard cursing and claiming to have accepted $53,000 to kill Ms Harris.

The nurse also disclosed that she would assassinate the U.S. vice president within 50 days.

It was disclosed that the nurse recorded some of the videos herself, while others were done by her children.

The nurse after sending the videos to her husband sent a picture of herself holding a gun with a target sheet at a gun range.

Ms Phelps two days after forwarding the videos to her husband in the prison applied for a concealed weapon permit.

She told the law enforcement officers who handled this case that she doesn’t know what would have happened if they had not come to her house.

The sentencing of the nurse has been fixed for November 19, at 2:00 p.m., before Judge Jose E. Martinez of the United States District, where she faces a possible maximum sentence of five years in prison.