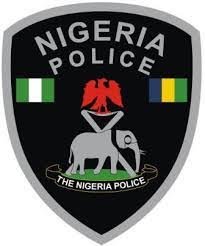 Naija News reports that he replaces ASP Maryam Yusuf, who has been redeployed to a higher duty post.

Ndirpaya, a one-time Officer in Charge of Ambush in Gwarimpa Division, was until his appointment, the deputy Police Public Relations Officer for the FCT.

According to the profile released by the FCT police command, the new spokesman is a graduate of Economics from the Nigeria Police Academy, Wudil, Kano State.

He has undertaken several police courses including Combat Operation Course at the Police Mobile Force Training College, Ila Orangun; and International Humanitarian Law ICRC, amongst others.

Ndirpaya was enrolled in the Nigerian Police in December 2018 and commissioned into the Force as an Assistant Superintendent of Police.

The statement also said the new PPRO called for support and cooperation of residents of the FCT, adding that residents can also drop their comments, observations and commendations in any of the police suggestion boxes located at Berger roundabout, Area 1 round about and Federal Secretariat.