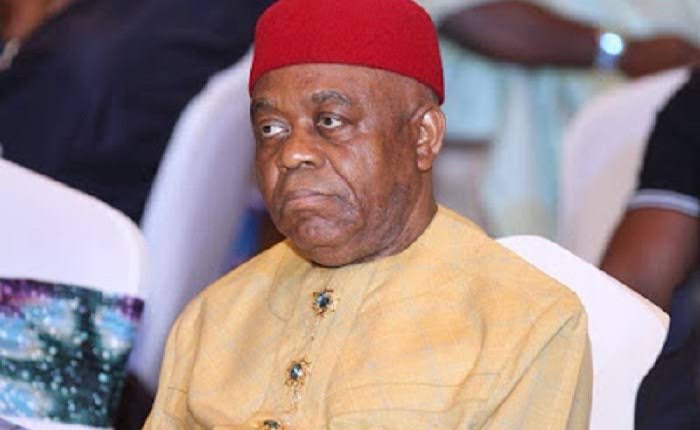 Former Abia State Governor and lawmaker representing Abia Central Senatorial District at the Senate, Theodore Orji, has been released after being detained by the Economic and Financial Crimes Commission (EFCC).

Naija News reports that the lawmaker was arrested at the Nnamdi Azikiwe International Airport, Abuja on Thursday morning.

The former governor however denied being detained by the anti-corruption agency.

Orji stated that he was only accosted by operatives of the EFCC on his way to London for a routine medical check up.

But the EFCC stated that the former governor is being questioned for his role in corrupt financial dealings while serving as governor between 2007 and 2015.

He added that the former governor was transported to the headquarters of the EFCC at Jabi, Abuja for the continuation of his interrogation.

The EFCC spokesman disclosed that Orji, who has been on the commission’s watch list, is alleged to have mismanaged N2billion Ecological Fund and conversion of Sure-P funds.