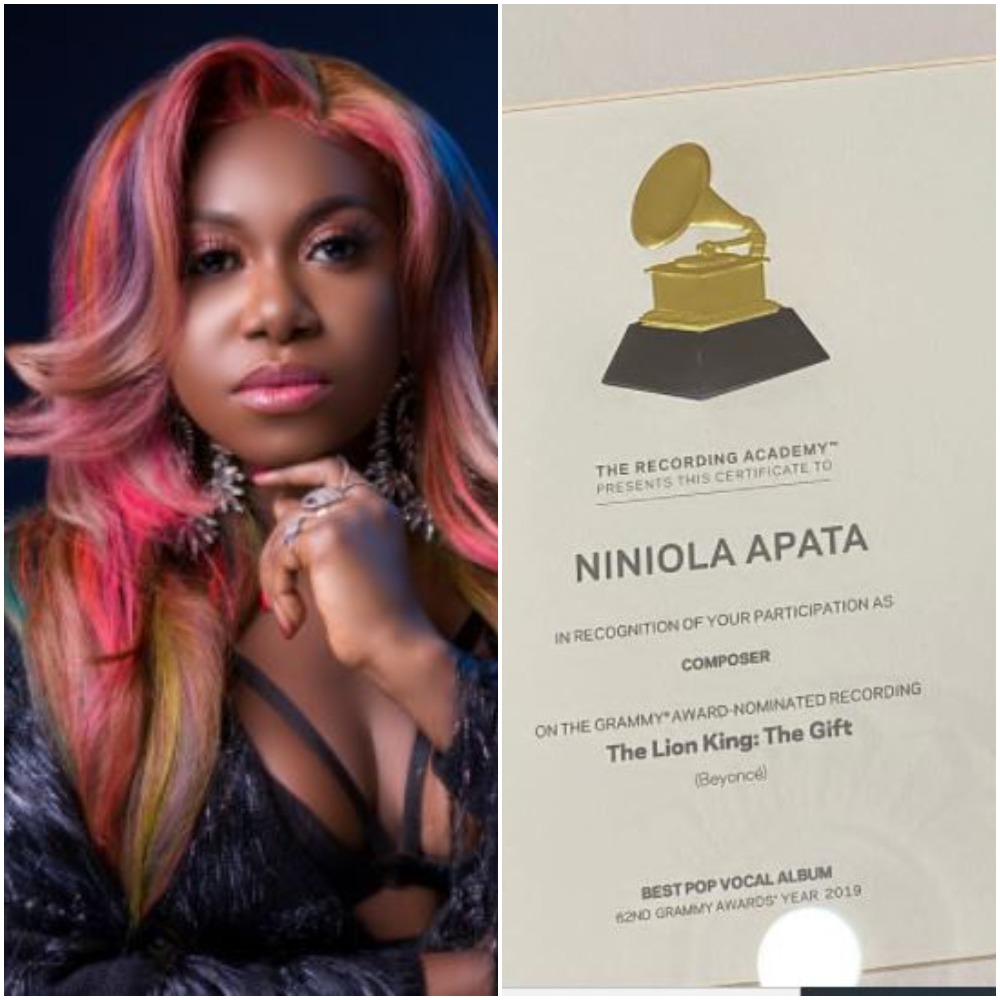 Naija News reports 34-year-old Afrobeat singer received a Grammy certificate for her contribution to Beyonce’s album, The Lion King: The Gift and took to her Instagram page to flaunt it.

The singer was amongst the composers who worked on the Grammy-winning album, Lion King: The Gift.

Taking to her Instagram, the singer announced the good news to her fans and followers alongside a copy of the certificate of recognition from the Recording Academy on Wednesday.

In her post, she thanked God and everyone who has shown her support.

“And the GRAMMY Certificate, Recording Academy just came in the mail today…Thank You God and Thank you to everyone that has been supporting. Love U All,” she wrote.

Parts of Niniola’s song ‘Maradona’ were sampled in ‘Find Your Way Back’, a song from Beyoncé’s album. 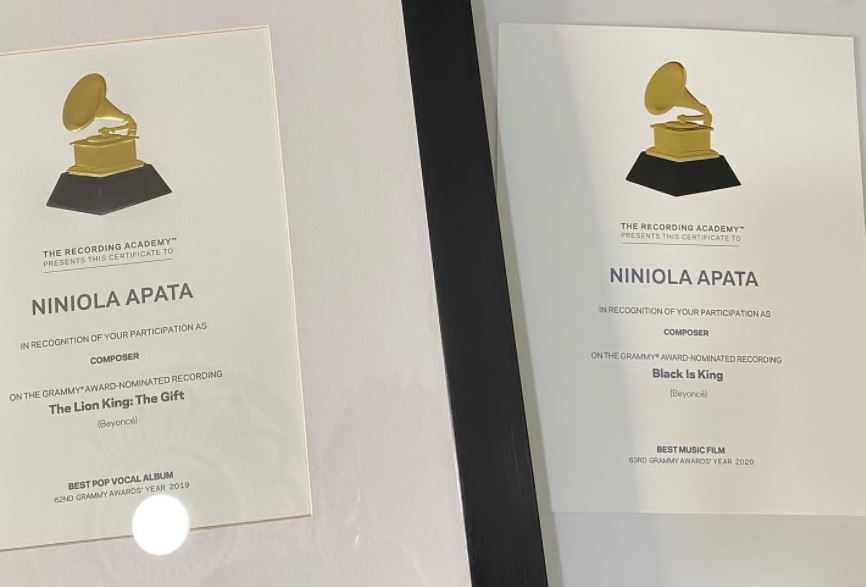