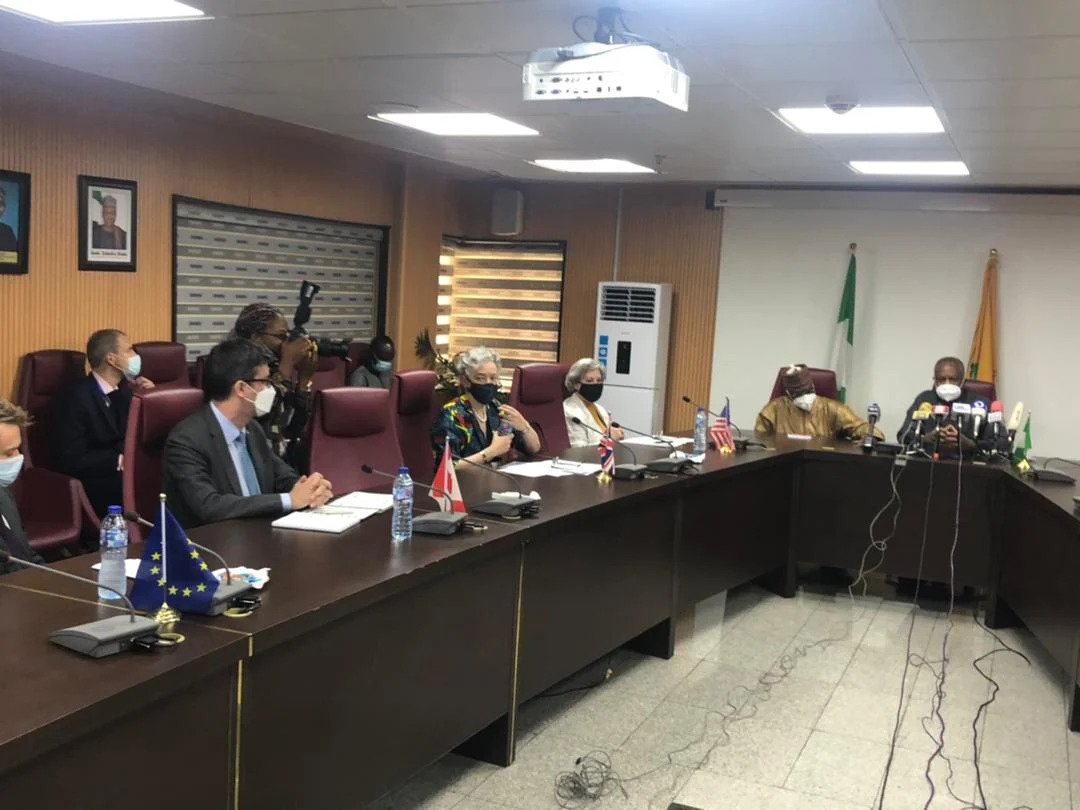 The Nigerian government held a meeting with foreign representatives to discuss its decision to block Twitter.

The meeting was held at the Nigerian Ministry of Foreign Affairs in the capital Abuja, according to a statement from the ministry earlier.

At his meeting with the countries’ envoys in Abuja, the minister of foreign affairs, Geoffrey Onyeama said it is important for the federal government to discuss the suspension with the missions “in our usual friendly way.”

Reports say that delegates attending the summit include the United States, Canada, the European Union, the United Kingdom and the Republic of Ireland.

The invitation follows their outrage shortly after the Nigerian government banned the use of the platform in the country, accusing it of “dividing the country”.

In response, the countries said the measure “violates the right to freedom of expression” and called on the government to lift the ban.

Users of the platform said on Friday night that it had stopped working in Nigeria, prompting some to start using virtual private networks to access the platform.