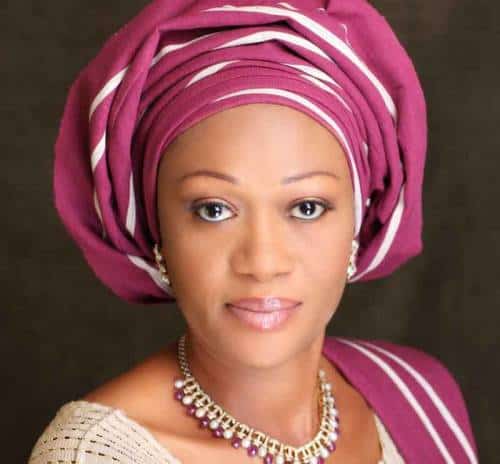 The lawmaker representing Lagos Central senatorial district, Remi Tinubu, on Friday, said it is true that Nigerians are angry but should learn to control their emotions.

The wife of the National Leader of the All Progressives Congress, Bola Tinubu, stated this while featuring on TVC breakfast show, ‘Your View’.

Nigerians on different occasions have complained about the increase in insecurity, unemployment, injustice and worsening economy.

Remi Tinubu while speaking on the issue said, “Why are we condoning that young people are angry, angry over what? Who said I am not angry? I am only keeping my anger. Are you (presenters) not angry about things? Everybody has to control their anger. Who is not angry? I am angry about a lot of issues.

“I remember because they say there are no jobs, I said I am going to start a programme – Work Experience Programme. We got about almost 200 youths.

“I know some people in some places and I said just employ them for just one-month internship. I will pay N40,000 for them to go. I will pay N20,000 for transport and then when they conclude and complete the one month, I will pay another N20,000.

“I need people to work with me but I need the right people. Morayo (Afolabi-Brown) knows that I am not one of those people you work with and you say, ‘No problem’. That’s no English. I know the people I interact with. Did I tell you there is a problem? That is a question I always ask. It is slang that people are used to but in certain levels of governance, such languages are not ethical.”